The release date for Masters of Flip season 3 — Pending

This article has the most up-to-date info on the status of Masters of Flip season 3 as we continuously monitor the news to keep you in the know. W Network is yet to make a decision on its future. Subscribe to our automatic updates below. 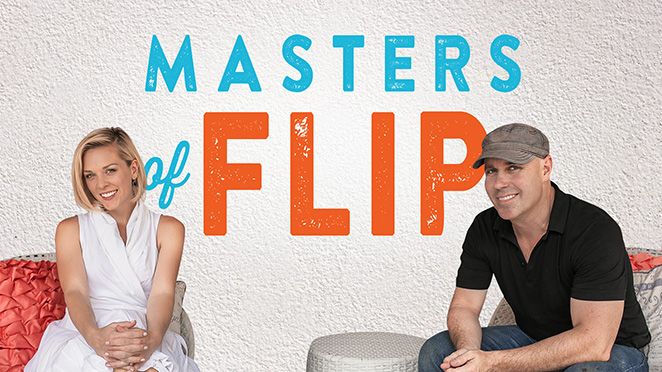 The #1 reality series on the W Network, Masters of Flip has premiered in 2015 with a 12-episode freshman chapter, with the second season premiering on June 7, 2016. The program also airs on HGTV in the United States. It is produced by Rhino Content, executive produced by Bruce Ellis and James Wilkes, and follows a Nashville-based Canadian couple Kortney and Dave Wilson who are in the house flipping business.

Old, run-down properties get a make-over with new life breathed into them, tight deadlines, high stakes, serious risks, major renovations – we all know the house renovation and flipping show drill. The roller-coaster drama of buying a property, tearing down major parts of it according to your own vision in hopes that it will coincide with the prospective buyer`s vision of their dream home is always fun to watch.

The series has a 7.9/10 IMDb score. Kortney and Dave seem to attract the viewers with their quirky color choices (as compared to the tiresome neutral palette favored by most other renovation shows), a minimum of reality drama, a variety of styles that are explored during the remodeling. The series has drawn a solid audience close to 1.5 million viewers during its HGTV broadcast. There has been no word on either a renewal or a cancelation of Masters of Flip, so please stay tuned for relevant announcements. We`ll be sure to keep you informed.

Subscribe to receive news and updates when a show is renewed or canceled. You will receive an automatic email when theMasters of Flip season 3 Episode 1 release date is officially announced.

Share this with friends:
ReleaseDate.show » Release » W Network is yet to renew Masters of Flip for season 3
Related Serial
When Will