This article has the most up-to-date info on the status of Big Freedia: Queen of Bounce season 6 as we continuously monitor the news to keep you in the know. Fuse is yet to make a decision on its future. Subscribe to our automatic updates below. 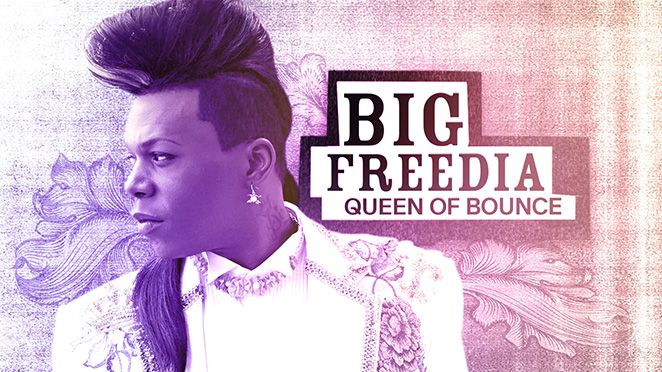 Big Freedia: Queen of Bounce is a popular Fuse reality television series produced by World of Wonder and executive produced by Fenton Bailey, Jeremy Simmons, Benjamin Hurvitz, Randy Barbato, and Chris McKim, with Harris Fishman and Renee Moncada-McElroy co-executive producing. The series has been on the air since 2013, with the current fifth season that premiered on June 8, 2016.

The series portrays Freddie Ross, an openly gay American musician from New Orleans, who prefers to refer to himself as “she” and is mostly known under the stage name of Big Freedia. He is credited with popularizing a purely New Orleans hip hop-influenced genre of bounce music. Before his work it did not have any mainstream exposure, and Big Freedia`s path to superstardom brought it the well-deserved attention.

Big Freedia`s self-confidence and inexhaustible energy are the main reason why the show has enjoyed a five-season run on Fuse. The program tries to stay away from the usual “drama queen” stereotypes, and attempts to show the real side of Big Freedia`s struggles and dreams, her hard work on the journey to success and love for her family. Big Freedia: Queen of Bounce season 5 is currently averaging approximately 0.15 million viewers and scores a 0.1 demographic rating. Fuse has not yet made any announcements regarding the future of the show, but it seems that it has a large enough following that would warrant the renewal of the show about this highly likable character.

Subscribe to receive news and updates when a show is renewed or canceled. You will receive an automatic email when theBig Freedia: Queen of Bounce season 6 Episode 1 release date is officially announced.

Share this with friends:
ReleaseDate.show » Release » Fuse is yet to renew Big Freedia: Queen of Bounce for season 6
Related Serial
When Will