The release date for Still the King season 2 — Pending

This article has the most up-to-date info on the status of Still the King season 2 as we continuously monitor the news to keep you in the know. CMT has officially renewed the series for another season. To get notified of the premiere date – subscribe for updates below. 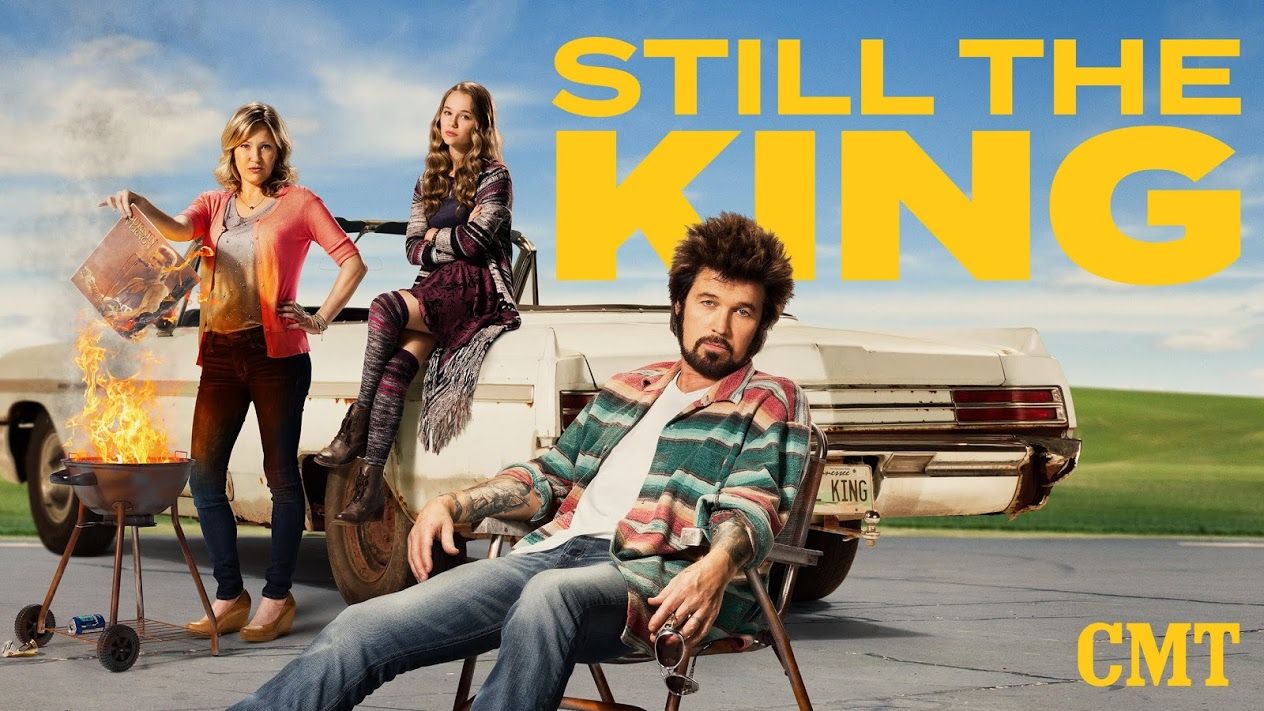 Still the King is a brand new US sitcom television series that premiered on CMT on June 12, 2016 with two back-to-back episodes. The series is created by Travis Nicholson, Potsy Ponciroli and Billy Ray Cyrus, and executive produced by Cyrus, Ponciroli, Nicholson, Shannon Houchins, Julia Silverton and Jayson Dinsmore.

Cyrus plays Vernon Brownmule, a one-hit washed up country music wonder of 20 years back, who has re-emerged after having been arrested for drunk driving and crashing into a church near Nashville, and let out on parole. One of his parole conditions is community service at the church, where he impersonates the new priest, and discovers that he has a teenage daughter from a one-night stand. He uses donations for his own purposes and basically enjoys his new predicament. The series also stars Joey Lauren Adams, Madison Iseman, Travis Nicholson, lacey Chabert and Leslie David Baker.

The series premiered to an audience of 0.81 million viewers, and quickly lost a significant percentage of its audience. The latest episode aired with the viewership of merely 0.36 million. Still the King has average scores on review aggregator websites – 5.5/10 on IMDb and 50% on Rotten Tomatoes. Even the fans consider it no more than a light entertainment experience – not that it pretends to be deeply philosophical. The future of the series is unclear at this point, so we`ll monitor the ratings and announcements and keep you informed.

UPDATED July 28, 2016: CMT`s top-rated original series Still the King has been commissioned for a 13-episode second installment prior to the freshman season finale, which is scheduled for August 14, 2016. Production of the upcoming installment will start this coming fall, and the series is scheduled for broadcast next year. The sitcom`s first season draws close to 4.5 million viewers per episode in the L+3 estimates and the next season will ”take this mess to a whole new level”, promises Billy Ray Cyrus, series` star and EP. Sign up for our automatic updates and we`ll inform you of the second season release date as soon as it is announced.

Share this with friends:
ReleaseDate.show » Release » CMT has officially renewed Still the King for season 2
Related Serial
When Will