This article has the most up-to-date info on the status of Uncle Buck season 2 as we continuously monitor the news to keep you in the know. Unfortunately, ABC has officially canceled the series. There will be no season 2. 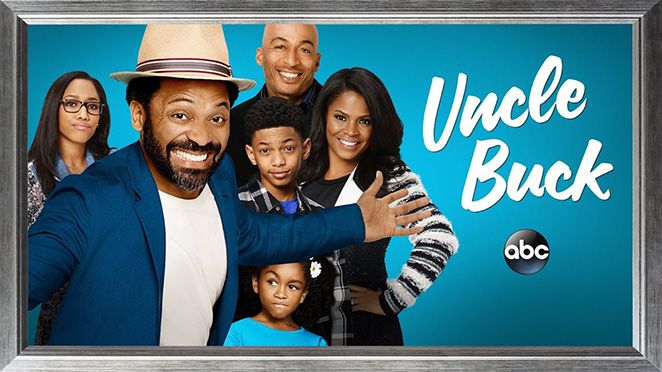 A brand new eight-part American sitcom series, Uncle Buck is currently airing on ABC since its premiere on June 14, 2016. It is based on an eponymous 1989 film. The single-camera comedy was created by Steven Cragg and Brian Bradley, executive produced by Cragg, Bradley and Will Packer and hails from Will Packer Productions, ABC Studios and Universal Television.

Unconventional Uncle Buck (Mike Epps) is reluctantly entrusted with the care of his brother Will (James Lesure) and Alexis` (Nia Long) three children after the couple has had it with nannies and housemaids. Buck has always taken care of his little brother Will, but Alexis is somewhat suspicious of Buck`s methods that might not be consistent with her idea of proper upbringing. There is much tension at the outset, but Alexis eventually comes to realize and accept the fact that since her beloved husband is the product of Buck`s upbringing, then their children might be very well off having him as a caregiver.

The series is doing very well ratings-wise, with 4.96 million viewers for the two back-to-back premiere episodes, and an average of 3.55 million for the subsequent four chapters. The review aggregator scores range from 51% on Metacritic to 64% on Rotten Tomatoes and 7/10 on IMDb, indicating average to positive response. It`s difficult to say whether there will be another season of Uncle Buck in the future, but there are no counter-indications to good family comedy. Stay tuned, and we`ll let you know as soon as ABC AU makes its decision public.

UPDATED July 7, 2016: Despite sturdy ratings and what critics and viewers alike agreed was a decent potential ABC, freshman comedy series Uncle Buck was canceled, series` co-star James Lesure reported in his official Twitter account. The show`s premiere delivered the best viewership in a year and a half, and the best demo numbers in eight months for the network, but in spite of the promise that the numbers showed, it decided against continuing with the show. Farewell, Uncle Buck.

The release date for Endeavour season 4 — PendingThis article has the most up-to-date info on the status of Endeavour season 4 as we continuously monitor the news to keep you in the know. ITV has officially renewed the series for another season…