The release date for Queen of the South season 2 — Pending

This article has the most up-to-date info on the status of Queen of the South season 2 as we continuously monitor the news to keep you in the know. USA Network is yet to make a decision on its future. Subscribe to our automatic updates below. 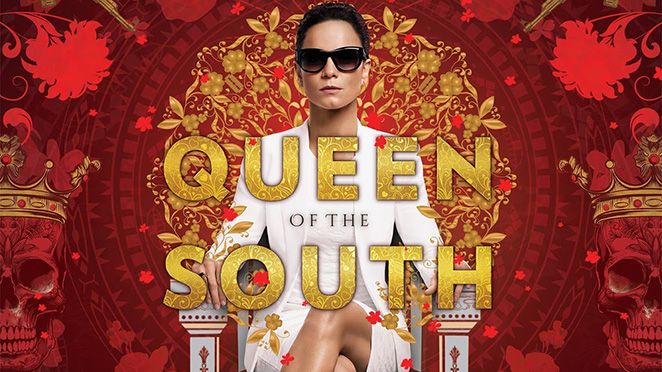 Queen of the South is a US drama television series that debuted on USA Network on June 23, 2016. It is based on the book and telenovela La Reina del Sur, and is written by Elisa Lomnitz Climent, Scott Rosenbaum, M.A. Fortin, Joshua, John Miller and Arturo Pérez-Reverte. The series is the result of creative collaboration between Frequency Films, Friendly Films, Skeeter Rosenbaum Productions, Fox 21 Television Studios and Universal Cable Productions. Rosenbaum, Fortin, Miller executive produce alongside David Friendly. The first season contains 13 episodes.

Teresa Mendoza (Alice Braga) is a poor Mexican woman who falls in love with a drug cartel member, and then flees to the United States when her boyfriend is murdered. In an unlikely decision, she does not hide out from the cartel that going is after her, but teams up with someone she`s known from the past in order to take down the leader of the drug ring. What ensues is the story of her emergence as a leader of her own drug smuggling empire, and her personal journey that is portrayed in the series in a first-hand manner.

The Dallas-set series premiered to 1.389 million viewers, and has not lost any significant portion of the viewership in the subsequent episodes. It has a respectable 7.1/10 IMDb rating, and is praised by the viewers for its captivating storyline and intense performances. Besides Alice Braga the main cast includes Justina Machado (Brenda), Hemky Madera (Pote Galvez), Veronica Falcon (Dona Camila Vargas), James Martinez (Gato Fierros) and many others. The series is more popular than the viewers and critics expected, and seems to be a very likely candidate for renewal at this point in the freshman season, Stay tuned, and we`ll inform you as soon as a decision is made on the fate of Queen of the South.

Subscribe to receive news and updates when a show is renewed or canceled. You will receive an automatic email when theQueen of the South season 2 Episode 1 release date is officially announced.

Share this with friends:
ReleaseDate.show » Release » USA Network is yet to renew Queen of the South for season 2
Related Serial
When Will

FOX is yet to renew Empire for season 4

The release date for Empire season 4 — PendingThis article has the most up-to-date info on the status of Empire season 4 as we continuously monitor the news to keep you in the know. FOX is yet to make a decision on its future. Subscribe to our…