This article has the most up-to-date info on the status of The Living and The Dead season 2 as we continuously monitor the news to keep you in the know. Unfortunately, BBC One has officially canceled the series. There will be no season 2. 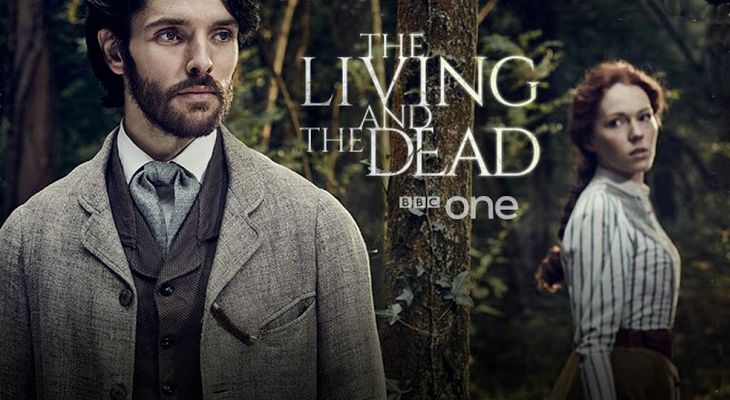 A brand new BBC One supernatural horror drama series, The Living and The Dead has premiered on June 28, 2016. It was created by Matthew Graham and Ashley Pharoah, with the latter also the writer for the series. The two executive produce alongside Faith Penhale and Katie McAleese. BBC America, BBC Cymru Wales, Monastic Productions and Lookout Point Ltd. are behind the production.

The Living and The Dead is set in the English countryside in the 1890s, when the protagonist, Victorian psychologist Nathan Appleby (Colin Morgan) moves to his recently inherited family estate and is forced to confront unexplainable and disturbing events. Charlotte Appleby (Charlotte Spencer), Nathan`s wife, is a photographer who assists him in reviving the farm. They encounter possessed people, ghosts, and other instances where Nathan attempts to help, but begins to have visions of his own.

The series premiere drew just short of 4 million viewers, which is quite a solid debut. IMDb viewers grant it a 7.6/10 score, praising its well-crafted visuals, quality acting, solid characters, unexpected twists and compelling storyline, which picks up pace past the mid-season point. Some criticism for being generic really doesn`t concern the fans, who are far numerous than the critics. At this point in the series the show seems a likely candidate for renewal, but no announcements have been made by BBC One just yet, so please stay tuned and we`ll keep you informed of the fate of The Living and The Dead.

UPDATED August 13, 2016: Thriller drama The Living and the Dead will not be returning to BBC One with a second series. The network has chosen not to continue with the program with a standard formulaic explanation – due to the necessity of making room for new series in the next programming season. The viewership ratings were reasonably high and made the show seem worthy of renewal, so the reason for the cancelation must lie elsewhere. Farewell, The Living and the Dead.

Share this with friends:
ReleaseDate.show » Release » BBC One officially canceled The Living and The Dead season 2
Related Serial
When Will

This article has the most up-to-date info on the status of Bordertown season 2 as we continuously monitor the news to keep you in the know. Unfortunately, FOX has officially canceled the series. There will be no season 2.About the seriesBordertown…