The release date for 999: What`s Your Emergency? series 4 — Pending

This article has the most up-to-date info on the status of 999: What`s Your Emergency? Series 4 as we continuously monitor the news to keep you in the know. Channel 4 is yet to make a decision on its future. Subscribe to our automatic updates below. 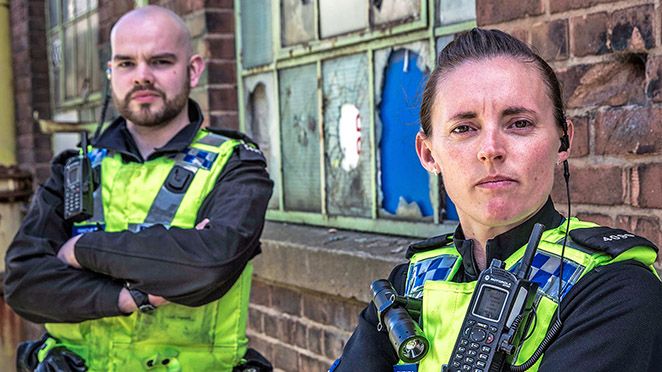 A British factual docu-series, 999: What`s Your Emergency? features members of the rescue teams around the United Kingdom. The first two series have aired in 2012-2013, and the current third chapter premiered on Channel 4 after a hiatus on July 4, 2016. The series is produced by Blast!

The program’s first series was filmed in Blackpool, the second one – in various locations around the country, and the current installment of the program follows Cheshire police force and ambulance service, with each episode highlighting specific criminal and social issues. Child neglect, domestic violence, drug and alcohol abuse as well as more serious offenses are featured on the show. The series premiere offered an inside look at the ambulance control room, the second episode focused on legal highs and related issues, the third demonstrated different ways in which neighborly relationships may grow problematic and the ways in which police deals with them, while the most recent fourth episode explored issues of mental health in context of rescue services.

The first series of 999: What’s Your Emergency? has attracted up to 3 million viewers per episode, and the current series installment is holding up rather well, particularly considering the hiatus. Series three premiered to 2.27 million viewers, ranking as Channel 4’s number 2 program of the week. We may very well see another installment of the series, but Chanel 4 has not made any official statements to that effect, so please stay tuned and we’ll make sure to inform you of any relevant news.

Subscribe to receive news and updates when a show is renewed or canceled. You will receive an automatic email when the999: What`s Your Emergency? Series 4 Episode 1 release date is officially announced.

Share this with friends:
ReleaseDate.show » Release » Channel 4 is yet to renew 999: What`s Your Emergency? for series 4
Related Serial
When Will

Channel 5 is yet to renew Can`t Pay? We`ll Take It Away! for series 5