This article has the most up-to-date info on the status of Nashville season 5 as we continuously monitor the news to keep you in the know. CMT has officially renewed the series for another season expected to debut in December 2016. To get notified of the exact premiere date – subscribe for updates below. 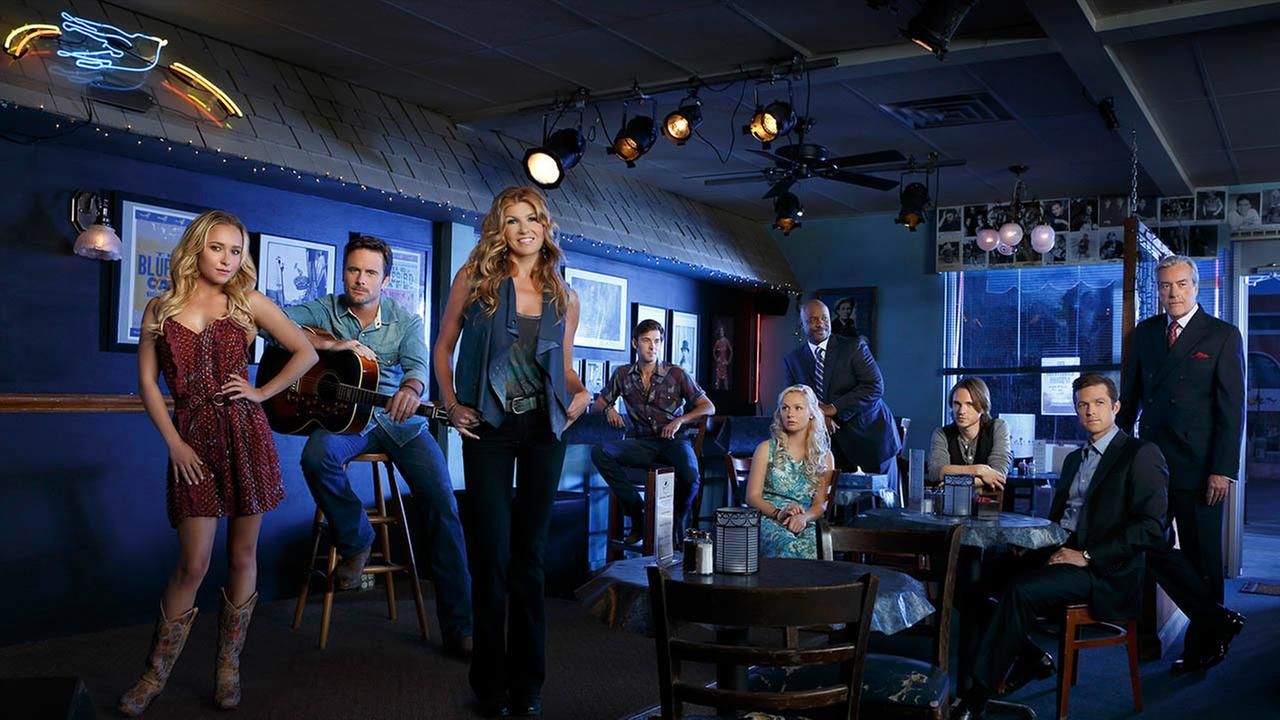 Nashville is an American critically acclaimed musical drama television series created by Callie Khouri and produced by Lionsgate Television. The series stars Connie Britton and Hayden Panettiere, and follows the lives of fictitious country music singers living in Nashville, Tennessee. Season 4 of the series premiered on ABC on September 23, 2015 to over 4 million viewers in the US.

Nashville focuses on the rivalry between a young, sassy and sexy country singer, Juliette Barnes (Panettiere), and a past-her-peak reigning country queen, Rayna James (Britton), who is faced with the need to adapt and reinvent herself to stay on top. Barnes has a troubled past, which has a great effect on her present and, possibly, her future. In season 4, it seems that she has hit rock-bottom, so she sobers up and asks for help from her friends. Unfortunately, those friends aren’t the best people to help her seek treatment and stay on the right track. Once she understands that her husband is not coming back, suicide may be the only option that is clear in her mind.

Although the series dropped in ratings compared to previous seasons and the number of viewers declined by about 10%, the writers may be able to pick up the pace and revive its popularity. With each episode named after various country music songs, the show is packed with drama and great music. We hope that ABC will pick up Nashville for season 4. If so, it will most likely air in the fall of 2016.

UPDATED June 10, 2016: Millions of fans were left devastated when ABC announced that it was cancelling the award-winning music drama TV series Nashville after the most recent fourth season. The decision to axe the show was made despite the huge fan following, high viewership numbers and multiple critical accolades. Well, this news is surely to make die-hard fans of the hit series very, very happy. After a few weeks of negotiations it has been finally announced today that the CMT network took over Nashville and will produce and air a fifth installment of the series. They have already put in the order for 22 episodes. No additional details, including cast changes or the projected premiere date, have been revealed yet, so stay tuned for more news.

UPDATED August 13, 2016: While still unofficial information, the rumor is out – Nashville creator Callie Khouri has hinted at an approximate premiere date scheduled for the highly anticipated fifth season of popular country music series. The fifth season of the show is, once again, unofficially, scheduled to return to its new homes Hulu and CMT in December 2016. Even though the CMT spokesperson has not confirmed or denied this information when contacted by the highly curious journalists, we’ve decided to let you know just in case you’re waiting for any sort of news regarding your favorite show. Stay tuned, and we’ll bring you the latest news.

Share this with friends:
ReleaseDate.show » Release » CMT officially renewed Nashville for season 5 to premiere in December 2016
Related Serial
When Will