This article has the most up-to-date info on the status of Waterfront House Hunting season 3 as we continuously monitor the news to keep you in the know. FYI is yet to make a decision on its future. Subscribe to our automatic updates below. 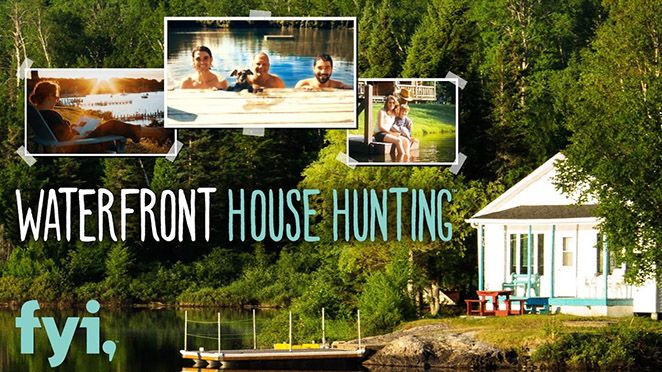 Waterfront House Hunting is a dream lifestyle reality series airing on FYI since 2015. The current season of the series has premiered on July 9, 2016. It hails from Authentic Entertainment and is executive produced by Joseph Correll, Lauren Lexton and Tom Rogan, with real estate expert Nick Waldner hosting.

People who have made a decision to move to a waterfront property are assisted by Nick Waldner in their search for their ideal home. Across the United States and all over the world homes by the water are traditionally among the most desirable, which usually means more expensive, but does not necessarily have to be equated with unaffordable. Nick assesses the particular buyer’s set of preferences, and helps them choose the perfect house or condo in a location of their choice. Three options are presented, and the prospective buyers choose one by the end of each episode.

Summer is a perfect time to dream about the house you’d love to live in. Perhaps after watching enough of Waterfront House Hunting and numerous similar programs, like Beachfront Bargain Hunt, you’ll have amassed enough information to go out and make your own dreams come true. The show has a 5.8/10 IMDb rating, a solid average rating that is to be expected of a series like this. There is always demand for these beautifully set reality shows that instill hope in the future, so we may expect another season if the ratings stay high enough.

Subscribe to receive news and updates when a show is renewed or canceled. You will receive an automatic email when theWaterfront House Hunting season 3 Episode 1 release date is officially announced.

Share this with friends:
ReleaseDate.show » Release » FYI is yet to renew Waterfront House Hunting for season 3
Related Serial
When Will