The release date for She’s Got Game Season 2 — Pending

This article has the most up-to-date info on the status of She’s Got Game Season 2 as we continuously monitor the news to keep you in the know. VH1 is yet to make a decision on its future. Subscribe to our automatic updates below. 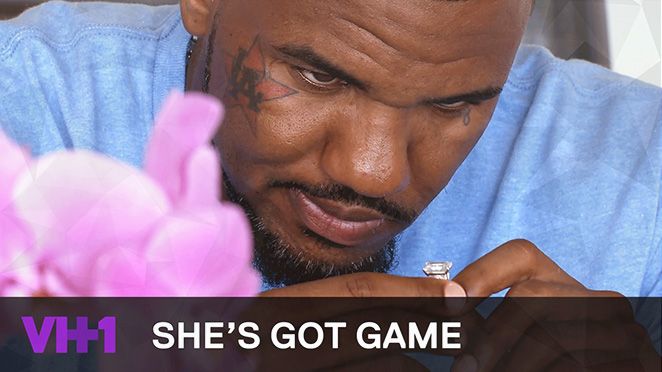 She’s Got Game is an American reality television series that follows platinum selling rapper Jayceon “The Game” Taylor on his quest to find love. Being a spinoff of another hit series Marrying The Game, this series is produced by VH1 and includes one man, his 10 celebrity friends and 10 women who are looking to find love in show business. The first episode of She’s Got Game premiered on VH1 on August 10, 2015.

Those who have been following Marrying The Game know him as a good father and family man. But after he split up with his long-time fiancé, he’s back on the market and ready to meet the woman that will satisfy him enough to slow him down. What does this famous rapper do to find love? Nothing ordinary. In this reality series, The Game turns to ten celebrity friends to set him up with a perfect match. And because he also has a busy concert schedule, the rapper takes each girl on tour across the country with him. Ten prospective girlfriends join The Game in his travels from LA to Miami and everywhere in between. Of course, each hopes to ‘get The Game’. With the rapper’s future on the line the stakes are high and no drama will be spared.

Due to the nature of the show it is unlikely that the series will return for another season. After all, the man should be getting married at the end of episode 10. However, if no suitable match is found, however, She’s Got Game may return for season 2.

Subscribe to receive news and updates when a show is renewed or canceled. You will receive an automatic email when theShe’s Got Game Season 2 Episode 1 release date is officially announced.

Share this with friends:
ReleaseDate.show » Release » VH1 is yet to renew She’s Got Game for Season 2
Related Serial
When Will

GSN is yet to renew Idiotest for season 4

The release date for Idiotest season 4 — PendingThis article has the most up-to-date info on the status of Idiotest season 4 as we continuously monitor the news to keep you in the know. GSN is yet to make a decision on its future. Subscribe to our…