This article has the most up-to-date info on the status of Gogglebox Australia season 4 as we continuously monitor the news to keep you in the know. LifeStyle (AU) has scheduled the premiere date for a new season for August 24, 2016. 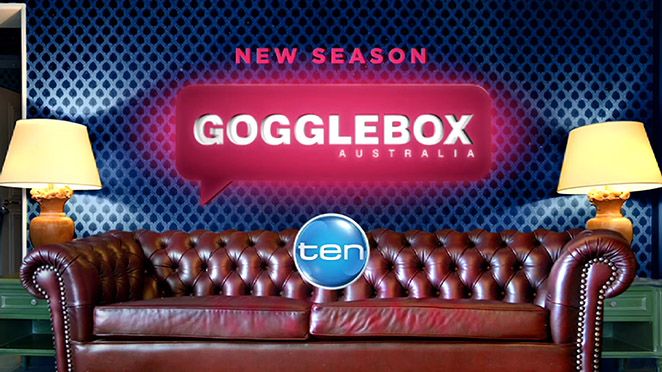 Gogglebox Australia is an Australian localized adaptation of the hit eponymous British series. The show is narrated by Jo Van Es, produced by Shine Australia, Studio Lambert and All3Media International and has been on the air since 2015. Gogglebox Australia premiers on subscription network The Lifestyle Channel, and debuts on Network Ten one day later. The current third season has premiered on April 7, 2016.

The most outspoken and avid television viewers provide commentary on a variety of currently broadcast programs from the comfort of their very own sofas. Among the viewers there are housemates, families with and without children, friends of various ages and backgrounds.

The fourth season of the show was commissioned by the network prior to the premiere of the third chapter. The 4.8/10 IMDb rating corresponds to the viewer reviews, that are extremely polarized, leaning towards the negative side. The series debut ratings last year totaled 779,000 between the two networks, with an unexpectedly small share of the audience located in the Metro 5 area. Most critics consider it a flop, yet the show just received an early renewal prior to the current season debut. It is curious how the success of Gogglebox UK could not have been repeated in either the US/Canadian nor the Australian version of the series. However, Australia is not quitting on the program. Stay tuned for further announcements and find out when the release date is set for the fourth season of Gogglebox Australia.

UPDATED August 4, 2016: The fourth installment of Gogglebox Australia is almost here, set to premiere on August 24, 2016 on Foxtel’s The LifeStyle Channel and on TEN the day after, on August 25, 2016. 11 groups of viewers will continue to be featured as they exchange their diverse opinions on the current television programs. The show’s become very popular, although none of Gogglebox’s international adaptations managed to repeat the amazing popularity of the UK original. Sign up for our automatic updates and receive a reminder one day prior to the series four premiere of Gogglebox Australia.