The release date for Are You The One? Season 5 — Pending

This article has the most up-to-date info on the status of Are You The One? Season 5 as we continuously monitor the news to keep you in the know. MTV has officially renewed the series for another season. To get notified of the premiere date – subscribe for updates below. 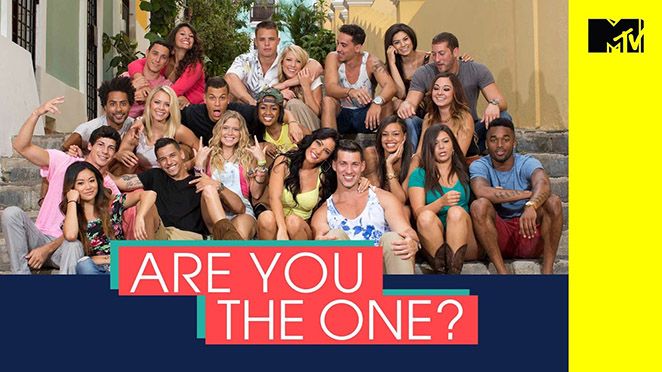 Are You The One? is an American reality TV series that follows ten men and ten women who live together in a tropical destination to find their perfect match. If they are able to choose ten perfect matches in ten weeks, they will win $1 million. Season 4 of the series premiered on MTV on June 13, 2016.

Each episode the members of the cast are paired up with whomever they think will be their perfect match. The way to confirm whether their suspicions are correct is to go on a real date and then test their match in the truth booth. Every episode ends with a ceremony where the couples are told how many perfect matches they have.

The series has been quite popular so far, much like most of matchmaking reality series usually are. After all, everyone wants to find their perfect match and when a show gives you a way to win a million dollars at the same time, the odds of it being popular go up dramatically. In the fourth season a format-changing new rule introduces love at first sight as a crucial element of the show. Contestants are paired up according to their instant sympathies, and the story kicks off from there. The fourth season is currently averaging 0.5 million viewers with a 0.3 demo rating.

So far, there has not been any news from the producers on whether the series will be picked up for another season. However, if its ratings don’t drastically drop, we can expect to see Are You The One? Season 5 sometime next year.

UPDATED July 26, 2016: Excellent news for the fans of the fun matchmaking series Are You The One? The exciting show that offers participants a chance to find love AND a large cash prize has renewed for a fifth season, AND it is still casting – in case you`ve been thinking about finding The One. Filming is set to begin this fall, so please hurry up, casting is still on until the end of July. Sign up for our automatic updates and receive the release date in your inbox as soon as it is announced.

Share this with friends:
ReleaseDate.show » Release » MTV has officially renewed Are You The One? for Season 5
Related Serial
When Will

This article has the most up-to-date info on the status of Unforgettable season 5 as we continuously monitor the news to keep you in the know. Unfortunately, A&E has officially canceled the series. There will be no season 5.Production information…