This article has the most up-to-date info on the status of The Blacklist Season 4 as we continuously monitor the news to keep you in the know. NBC has scheduled the premiere date for a new season for September 22, 2016. 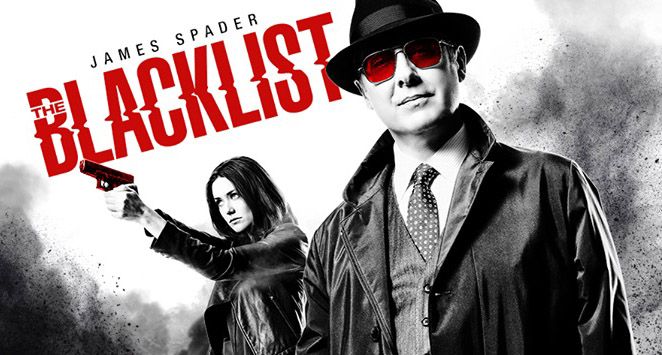 The Blacklist is an American crime drama TV series that follows the life of Raymond “Red” Reddington, who is a former US Navy officer turned high-profile criminal. One day, Red makes an offer to the FBI to surrender and give up a list of most dangerous criminals in the world. The series was created by Jon Bokenkamp and premiered in September of 2013. Season 3 of The Blacklist premiered on NBC on October 1, 2015.

When Red makes the FBI an offer they can’t refuse, the Bureau has no option but to give in to the condition that he only works with Liz Keen, a recent Quantico graduate. The list that Red is ready to provide includes politicians, mafia bosses, spies and international terrorists, and in order to catch them all Liz has to start thinking like a criminal.

In the third season of this series, Liz and Red are forced to be fugitives on the run. Together, they present a great threat to the FBI, as Liz has deep understanding of the Bureau’s procedures, while Red’s resources as a former criminal are never-ending. Agent Donald Ressler leads a Task Force on a manhunt for them, in order to stop them from using Red’s list to help them escape. Being immersed in Red’s world, Liz finds herself on a road to self-discovery.

The Blacklist has enjoyed very high ratings (above 80% satisfaction from the viewer) and critical acclaim. Since the story is nowhere close to being finished, it is certain that the network will pick up the series for another season. Hopefully, we will see The Blacklist Season 4 some time in 2016.

A 23-episode third chapter of the James Spader-fronted action and crime drama The Blacklist wrapped up in the US on Thursday, May 19, 2016 drawing 6.88 million viewers to the small screen for the finale, which is incidentally on par with the impressive average viewership for the entire season. According to the series creator Jon Bokenkamp, a fourth season will be a real roller coaster with Reddington at the top of his game. The main question is whether those close to Liz, and especially Red, will consider her faking her death as an act of betrayal and how much it will affect the relationships going forward. Meanwhile, NBC has ordered a spin-off series titled The Blacklist: Redemption starring Ryan Eggold as Tom Keen and Famke Janssen as Scottie. Stay tuned for more recent developments.

UPDATED December 8, 2015: Blacklist creator Jon Bokenkamp announced the renewal of the popular NBC criminal drama series for a fourth season in the series podcast “The Blacklist: Exposed”. The news comes in the middle of the third season in light of its apparent success, and Bokenkamp mentioned that the decision was in fact made a while ago. The magic generated by James Spader as the ex-criminal and ex-Navy officer who is now assisting FBI in capturing criminals from his own personal black list is apparently strong enough to carry the series into another season. A steady average of 7 million viewers per episode is certainly a good number, and the fourth season of the show will be eagerly awaited by many. Subscribe to our notifications and receive an automatic e-mail with the Blacklist`s fourth season premiere date.

UPDATED December 22, 2015: The mid-season finale of the highly-praised NBC’s action and espionage drama series was aired in the US on November 19, 2015 and The Blacklist is currently taking a short holiday break. The remaining episodes of the current chapter are scheduled to be back on the air on January 7, 2016. Just to remind you – the hit drama series has already been renewed for another run.

UPDATED June 16, 2016: The release date has been set for the fall return of James Spader-led hit criminal drama The Blacklist. Its 4th season is scheduled to premiere on Thursday, September 22, 2016 at 10 pm on NBC, following the sophomore season premiere of Chicago Med. Jon Bokencamp has already teased the viewers about the upcoming season being a true roller coaster, with Red at his very best, so sign up for our updates, receive a reminder of the premiere date and don`t miss the season 4 premiere of The Blacklist.

The Blacklist Season 4 "Who is Liz`s Father?" Promo