This article has the most up-to-date info on the status of The Mysteries of Laura season 3 as we continuously monitor the news to keep you in the know. Unfortunately, NBC has officially canceled the series. There will be no season 3. 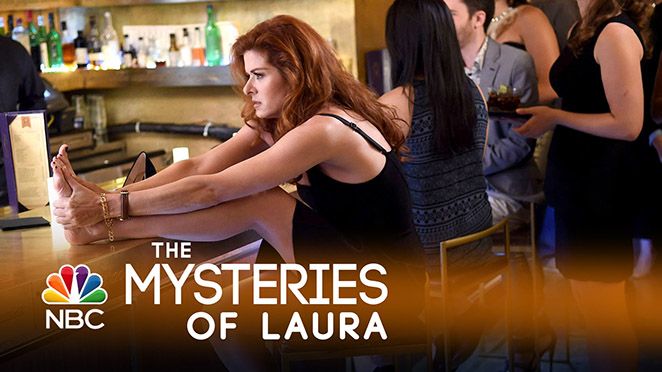 The Mysteries of Laura is an American police comedy-drama television series produced by Jeff Rake and starring Debra Messing. Originally adapted from a Spanish series Los misterios de Laura, the show first aired in September of 2014. Season 2 of the series premiered on NBC on September 23, 2015 with an original order of 13 episodes. However, NBC later ordered additional five episodes for the second season to be written and filmed.

Detective Laura Diamond serves with the New York Police Department and has to juggle her day job with her duty as a single mother to twin boys. Her soon-to-be ex-husband, Jake, is also her boss at the precinct, which makes life that much harder for Laura, especially, since Jake refuses to sign the divorce papers. In season 2, Jake returns after being seriously wounded in season 1 and the issue of divorce is back on the table. Additionally, Laura finds herself caught between Jake and her new and frosty boss, Nancy Santiani, who is reluctant to give up her position.

The series has a current average score of 6.7 out of 10 on the IMDb and most reviewers appreciate the successful blend of the crime drama and comedy genres. The show has been nominated for three awards last year, including the 2015 People`s Choice Award in the category “Favorite New TV Drama.” The second installment of the dramedy series concluded on NBC yesterday, March 2nd and featured Debby Ryan as Laura’s sister who ends up being a prime suspect in a murder investigation. Meanwhile, as Laura finally realizes that she is still in love with Jake, she seems to be a little too late with her revelation as Jake has already put a ring on someone else’s finger. The second chapter of the show opened up to 7 million viewers and has been able to retain most of it, having averaged 6.9 million fans by the end of the season. While the series is still one of the lowest-rated dramas for the network, considering its solid ratings and positive feedback from the audience, it is likely that NBC will give it another chance.

UPDATED December 22, 2015: The first eight episodes of the 18-episode second season of the NBC’s family and crime drama and comedy series The Mysteries of Laura concluded airing on November 18, 2015. The popular TV show is currently on its holiday break. The series is expected to be back on the air with episode 9 next year, on January 6, 2016. The network is yet to make a decision on the future of the series, so check back with us for the latest developments.

UPDATED May 15, 2016: There has been a slew of cancellations these days from all major networks, and we have another one for you. The NBC network has just announced that they are not going to move forward with their family and crime dramedy series The Mysteries of Laura. The show is being cancelled after just two seasons. The network axed the series despite the act that the ratings have been stable and rather high: in its most recent installment, the series delivered an average audience of almost 7 million viewers per episode. The main reason NBC pulled the plug is a handful of successful drama pilots that are going to need more airtime soon.

Share this with friends:
ReleaseDate.show » Release » NBC officially canceled The Mysteries of Laura season 3
Related Serial
When Will