The release date for Flipping Out Season 10 — Pending

This article has the most up-to-date info on the status of Flipping Out Season 10 as we continuously monitor the news to keep you in the know. Bravo is yet to make a decision on its future. Subscribe to our automatic updates below. 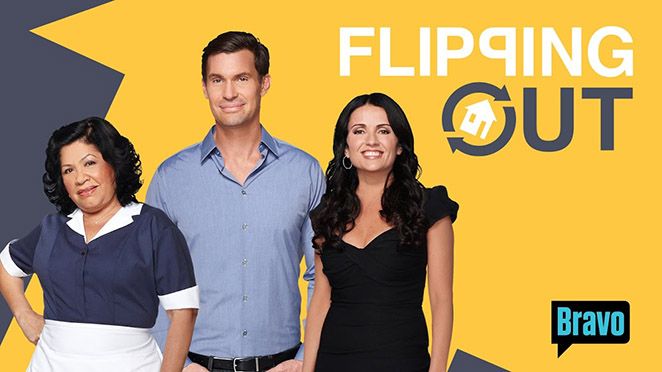 Flipping Out is an American renovation and design reality TV series that follows designer and real estate mogul Jeff Lewis and his entourage as they remodel and redesign celebrity homes. Produced by Authentic Entertainment, the show debuted on Bravo on July 31, 2007 just as the housing bubble was about to pop. The ninth season premiered on July 13, 2016.

Jeff Lewis is a Los Angeles realtor and designer who started his business flipping houses — buying beat up homes, renovating them and then turning them for a large profit. But as the housing bubble burst in 2007, he had to adjust his strategies and focused more on his decorating and consulting business. The show has had a successful eight-season run on Bravo and has even been nominated for an Emmy Award.

The current season features some serious changes in the life of master home flipper/designer Jeff and those close to him. After facing a major decline in his business, Jeff returns to his original passion – house flipping. The major challenge that he and members of his household face is having to move into a flip that`s being renovated. No walls, no kitchen – are Jeff, his partner Gage, housekeeper Zoila, 3 dogs and a cat going to be up to this lifestyle for long? Jeff and Gage are also discussing the possibility of having a child, which raises the level of stress even higher for everyone. Since its debut, Flipping Out has averaged nearly 1 million viewers per episode and enjoyed acclaim among critics, and season 9 is no exception having premiered to 0.984 million viewers with a 0.3 rating in the 18-49 demo. Bravo has not yet made any announcements regarding renewing Flipping Out for season 10. Fans will have to stay tuned to see if their favorite renovation show makes a comeback for a tenth season sometime in 2017.

Subscribe to receive news and updates when a show is renewed or canceled. You will receive an automatic email when theFlipping Out Season 10 Episode 1 release date is officially announced.

Share this with friends:
ReleaseDate.show » Release » Bravo is yet to renew Flipping Out for Season 10
Related Serial
When Will