This article has the most up-to-date info on the status of Manzo’d with Children Season 3 as we continuously monitor the news to keep you in the know. Bravo has scheduled the premiere date for a new season for September 11, 2016. 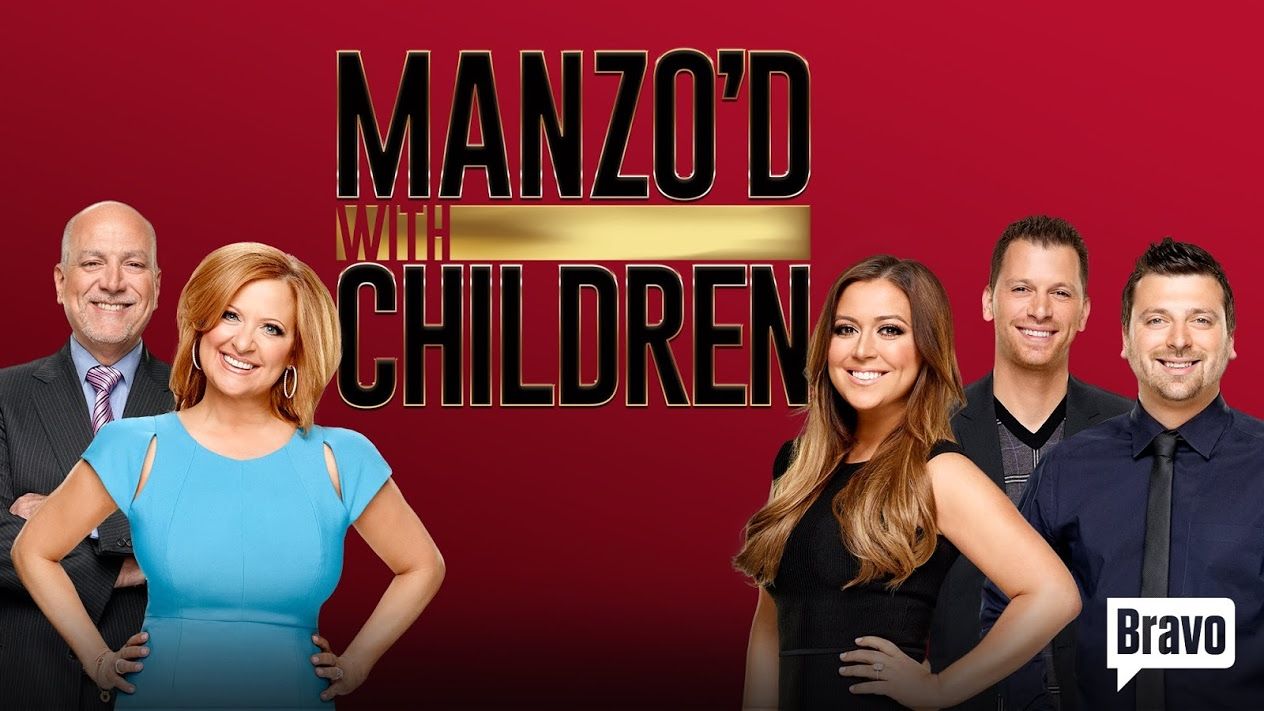 Caroline Manzo, best known for her staring role on reality TV franchise The Real Housewives of New Jersey, has branched out with her own show — Manzo’d with Children. The series chronicles the daily life of Caroline and her larger than life Italian family. Her husband Albert, her two sons, Albie and Chris, along with her daughter Lauren and sister Fran round out the cast. Caroline quit the Real Housewives show just before its sixth season, explaining that she wanted to pursue other ventures, including Manzo’d with Children which was already in production. The first season of the show drew in over 1.5million viewers.

Season 2 premiered on August 16, 2015 with an episode titled “Heavy Meddling” in which Lauren and her fiancee Vito are about to her married. In an effort to establish their own identities and separate themselves from their now infamous mother, Chris moves out and into his own bachelor pad, while Albie continues to pursue his business ventures.

While ratings this season are lower than in season one — drawing just under one million per episode, viewers can’t seem to get enough of the drama that follows the Manzo family. So while Bravo has been tight lipped about a renewal, we believe that we may very well may see Manzo’d with Children season 3 sometime next year.

UPDATED April 28, 2016: Wonderful news for the fans of the Manzo`d with Children series - the show`s been renewed for a third season as part of the bulk renewal announcement made by Bravo on April 27, 2016. The spinoff of The Real Housewives of New Jersey will continue to chronicle the life of Caroline, Albert and their children Albie, Chris and Lauren, as well as Caroline`s sister Fran. The series has fared well in the ratings department, and is likely to enjoy further success. Sign up for our automatic updates and receive an e-mail notification as soon as the release date is confirmed for Manzo`d with Children.

UPDATED July 29, 2016: The return of one of Bravo’s viewers’ favorite families is just a month and a half away – on Sunday, September 11, 2016 at 9 and 9:30pm the Manzo family is back on screen in two back-to-back episodes. Caroline and Albert have to face the fact that their children are adults, but at least there’s no empty nest syndrome yet – Lauren and her husband Vito are living in Lauren’s room in her parents’ house for now. Chris and Albie are venturing out on their own professionally, and when they need an escape, they head to Las Vegas together. Sign up for our automatic updates and we’ll e-mail you a reminder one day before the exciting premiere of Manzo’d with Children season 3.