This article has the most up-to-date info on the status of Cleverman season 2 as we continuously monitor the news to keep you in the know. Sundance TV has officially renewed the series for another season. To get notified of the premiere date – subscribe for updates below. 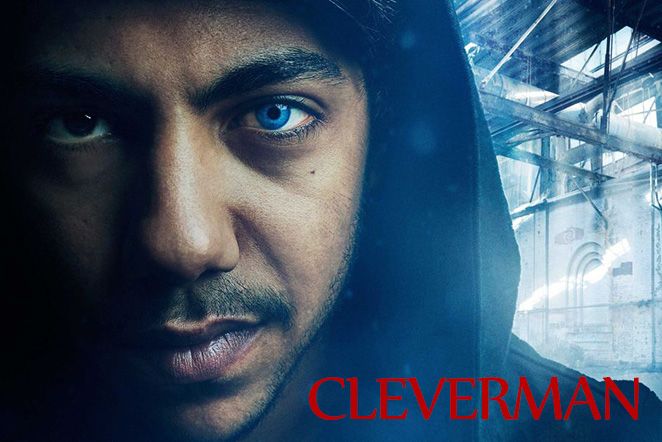 A collaboration between American, Australian and New Zealand filmmakers, Cleverman is a futuristic drama television series. It is based on an original concept by Ryan Griffin, written by Michael Miller, Jon Bell and Jane Allen and produced by Goalpost Pictures, Pukeko Pictures, Red Arrow International and Sundance Studios. The series premiered on June 1, 2016 on SundanceTV in the US, and on June 2, 2016 on ABC AU, while the world premiere took place at the Berlin Film Festival on February 17, 2016.

The series` storyline is set in the near dystopian future and chronicles a struggle of a group of non-human creatures, so-called “hairies”, to survive in the world where humans are growing increasingly hostile, and want to ultimately get rid of them. The “hairies” are confined to The Zone and as Koen (Hunter Page-Lochard) discovers his special abilities, he becomes the natural leader for the oppressed group. Two estranged brothers who are forced to reunite in their fight for survival are at the center of the plot. The cast is also led by Iain Glen, Frances O`Connor, Deborah Mailman, Rob Collins and Stef Dawson. Otherworldly beings emerge into the dystopian world portrayed in Cleverman.

Cleverman is praised for its originality, intriguing storyline, well-developed characters and a philosophical approach. Some of Australia`s most brilliant indigenous actors participate in this thought-provoking program. The six one-hour episodes of the high concept series might not be enough to satisfy the viewers, and a renewal is almost certainly in the cards. Stay tuned and don`t miss any relevant news.

The six-part first season of Australian/American/New Zealand dystopian sci-fi drama series Cleverman has wrapped up on Sundance on July 6, 2016. The series was not a ratings hit, but attracted a lot of praise from both critics and viewers for its original premise, intriguing plot and excellent execution. The season finale drew an audience of 0.129 million viewers in the United States (0.232 million in Australia on ABC AU a day later) and a 0.05 demo rating. The season ended with a cliffhanger, when Containment Authority was ready to claim the Zone, while the Hairies and the humans who support them prepared to stand for their independence and the right to live undisturbed on their own land and on their own terms. Araluen gets the revenge she was seeking on Matthews and manages to escape, Maliyan gets killed, and Koen comes to terms with his role as Cleverman. The outcome of the imminent battle in Terra Nullius, or nobody`s land, will remain unclear until the next season, and the viewers in the US, who are not used to the 6-episode format, are asking for more, and soon. Stay tuned and we will inform you of the release date for the upcoming season of Cleverman as soon as it is released.

UPDATED June 3, 2016: Both SundanceTV and Australian ABC TV networks have revealed their decision to renew dystopian drama series Cleverman for a second season. The renewal announcement came on the day between the US and Australian premieres of the show. The production of the six hourlong episodes is set to begin later on in 2016 in Sydney. The second season will also hail from the same creative and directing team that was responsible for the first chapter. Sign up for our automatic updates and we`ll inform you of the second season`s release date when it`s announced.

Share this with friends:
ReleaseDate.show » Release » Sundance TV has officially renewed Cleverman for season 2
Related Serial
When Will