The release date for Stuck in the Middle season 2 — Pending

This article has the most up-to-date info on the status of Stuck in the Middle season 2 as we continuously monitor the news to keep you in the know. Disney Channel has officially renewed the series for another season. To get notified of the premiere date – subscribe for updates below. 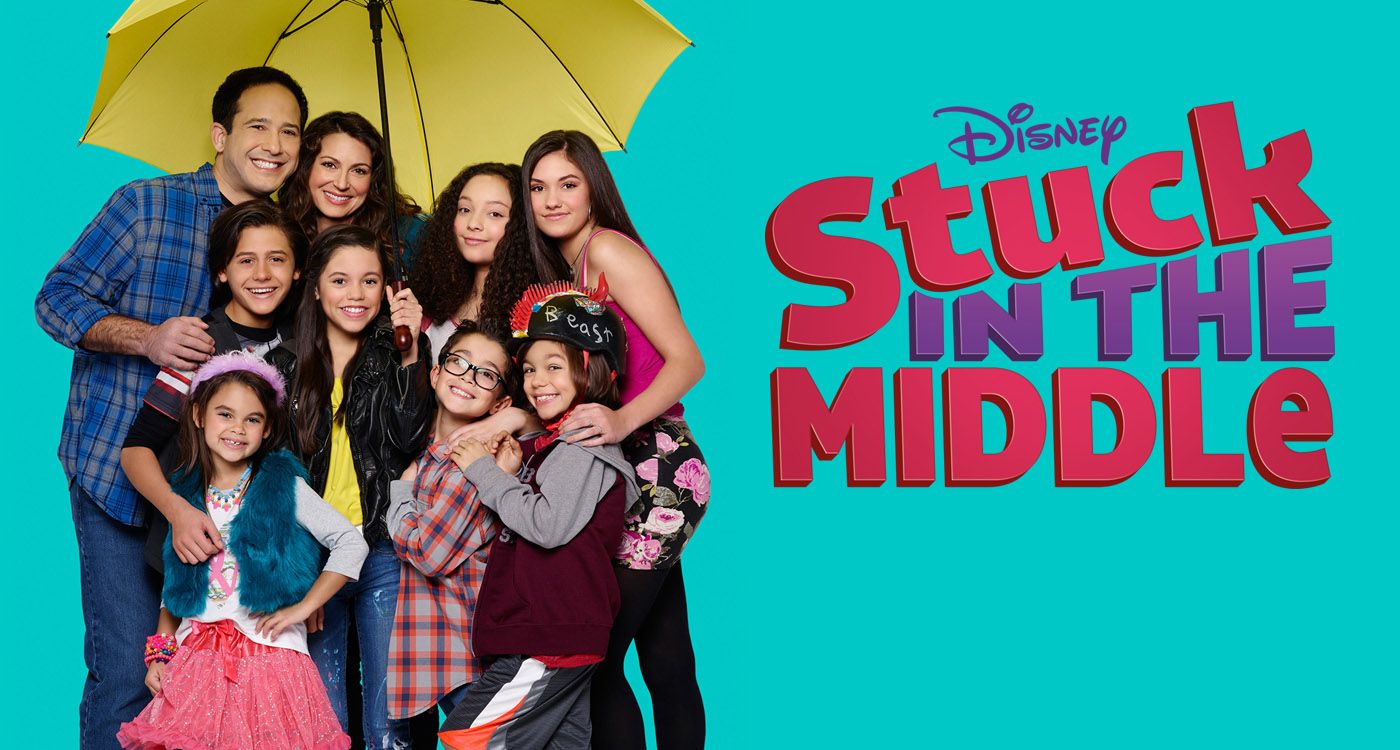 Stuck in the Middle is an American sitcom television series airing on Disney Channel since February 14, 2016. The series is written and executive produced by Linda Videtti Figueiredo, and produced by International Donut Fund Productions and Horizon Productions. The February 14, 2016 premiere was actually a special launch, and the series will settle into a regular time slot on March 11, 2016. The first season is comprised of 20 episodes.

The series portrays the life of the Diaz family with seven children, but focuses chiefly on Harley (Jenna Ortega of Jane the Virgin), the middle child. The whole story is, in fact, told from her point of view. Being a middle child can be a blessing as well as a curse, and Harley makes good use of her position. She is an engineering genius and uses her inventions to make her life and the life of her family even more fun than it is already.

The pilot premiere gathered 2.81 million viewers and a 0.57 rating in the 18-49 demo. A 6.2/10 IMDb score indicates a decent launch for this family-friendly sitcom. Reviewers have noted the positive messages about family, the sensitive portrayal of the joy and the chaos that ensues in a large family, conceding that the show offers an opportunity for a refreshing heartwarming laugh. It is way too early to consider whether Stuck in the Middle might be picked up for renewal, since it hasn`t even aired regularly just yet, but at this point it`s a plausible assumption.

The 17-episode freshman season of Disney Channel’s family sitcom Stuck in the Middle has wrapped up on July 22, 2016, having quickly become a heartwarming and empowering staple on the network. It is a very popular program at the moment, wth Harley Ortega (Jenny Ortega) praised for her hilarious and sensitive performance. The first chapter averaged 1.6 million viewers per episode, with the final episode drawing 2.06 million people to the small screen. The season finale of Stuck in the Middle featured Harley’s appearance on TV program Girl Power, setting an example for girls interested in science, and the reality show Diaz of Our Lives, planned by cunning Mischa and Ken in a way that did not agree with the family, was called off when Harley exposes their plans. In light of its success, Stuck in the Middle has already been renewed for a second series, scheduled to go into production in the coming fall.

UPDATED June 16, 2016: Harley Diaz, the middle child in a family with seven kids, has managed to charm the viewers in the freshman season of Disney Channel`s comedy series, and mid-way through the first season comes an early renewal announcement. The second season of the sitcom will go into production in the fall of 2016. The series has delivered excellent ratings, becoming one of the television top 5 series in the 6-11 and 9-14 demographics, reaching a total of 27 million US viewers in the first quarter of 2016. Sign up for our automatic updates and receive release date information for Stuck in the Middle season 2 via e-mail.

Share this with friends:
ReleaseDate.show » Release » Disney Channel has officially renewed Stuck in the Middle for season 2
Related Serial
When Will