This article has the most up-to-date info on the status of Bunk’d Season 2 as we continuously monitor the news to keep you in the know. Disney Channel has scheduled the premiere date for a new season for August 23, 2016. 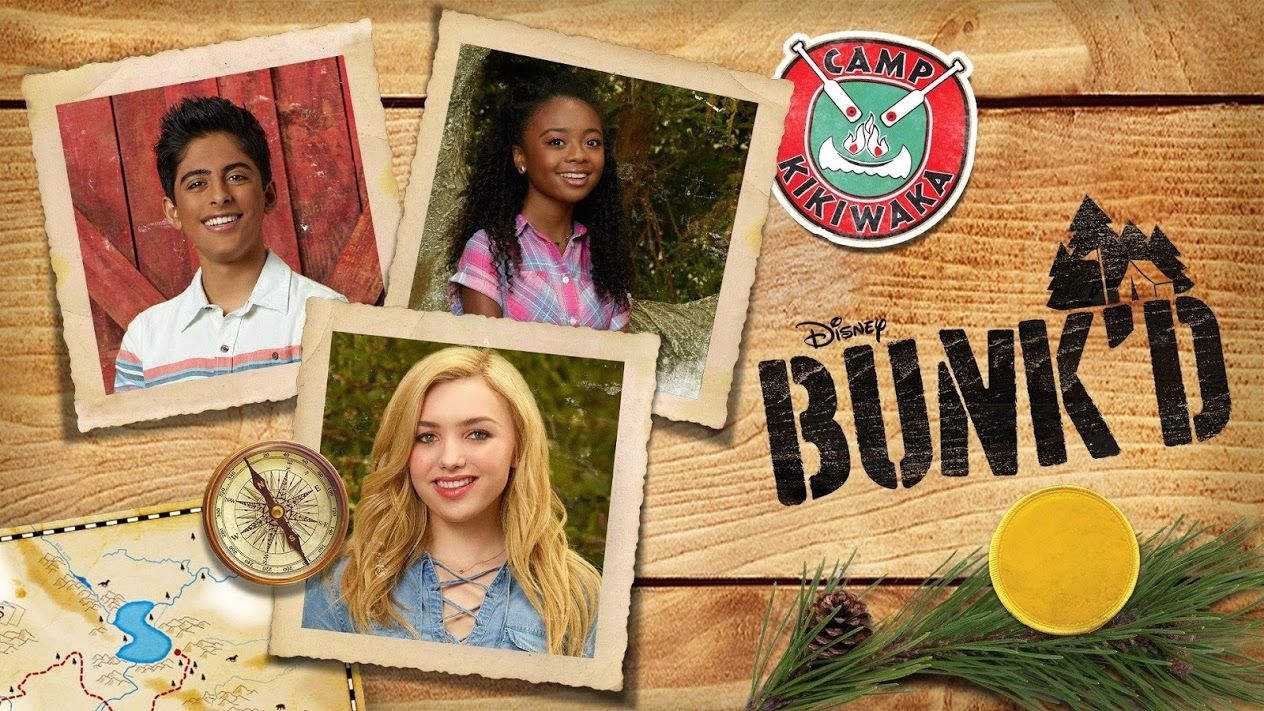 Bunk’d is an American Disney Channel original children’s television series starring Peyton List, Karan Brar and Skai Jackson. The series is a spinoff of another Disney show called Jessie and in it Emma, Ravi and Zuri (all characters from Jessie) spend the summer at a camp in Maine, where their parents first met as teenagers. Season 1 of the series premiered on July 31, 2015.

This series acts as a break from the show Jessie and follows the Ross kids on their vacation from school. Emma, Ravi and Zuri leave New York and go off to Camp Kikiwaka. When they arrive, they discover that the camp’s owner, Gladys (Mary Scheer), is much scarier than anything that could be lurking in the woods around the camp. Gladys has an old rivalry with the kids’ parents and is set on having her revenge. Together with their new friends, they try to adapt to a new type of life at Kikiawka, all while dodging Gladys’ intrigues. They do their best fitting in, starting new friendships and finding new loves along the way.

Disney Channel has not yet announced whether it plans to renew the Bunk’d for Season 2. So far, the series has had decent ratings and if viewers continue watching, we may see the show picked up for another season. However, the plot might need to be changed a bit, since the network has already announced that Jessie, the show that originated Bunk’d, will end after its current season, leaving Bunk’d with storyline.

Updated March 2, 2016: More or less in line with viewer expectations, Disney`s comedy series Bunk`d has been renewed for a sophomore season, to air later this year. Emma, Ravi and Zuri`s adventures at camp Kikiwaka will continue, as they face adjustments that have to be made in order for them to fit into their new environment. The original Jessie series is wrapping up, so at least part of its audience will naturally migrate to Bunk`d if it didn`t already/ We are monitoring network announcements to inform you of the second season`s release date as soon as possible.

UPDATED July 1, 2016: Disney`s hit comedy BUNK`D is coming back on the air very soon. The second season of the Jessie s spinoff will premiere on Tuesday, August 23, 2016 at 8pm, treating the fans to a new episode every night of the first week – through Friday, August 26. Following the intense premiere week, the show is set to settle into its regular time slot on Friday nights at 8pm beginning on September 16, 2016. More fun, more challenges and life lessons, greater adventures – all of this awaits the fans in the end of the summer. Sign up for our automatic updates and we will be sure to drop you a reminder of BUNK`D season 2 premiere date.

Disney Channel is yet to renew Bunk’d for Season 3

The release date for Bunk’d Season 3 — PendingThis article has the most up-to-date info on the status of Bunk’d Season 3 as we continuously monitor the news to keep you in the know. Disney Channel is yet to make a decision on its future.…