This article has the most up-to-date info on the status of Game Shakers Season 2 as we continuously monitor the news to keep you in the know. Nickelodeon has officially renewed the series for another season expected to debut in September 2016. To get notified of the exact premiere date – subscribe for updates below. 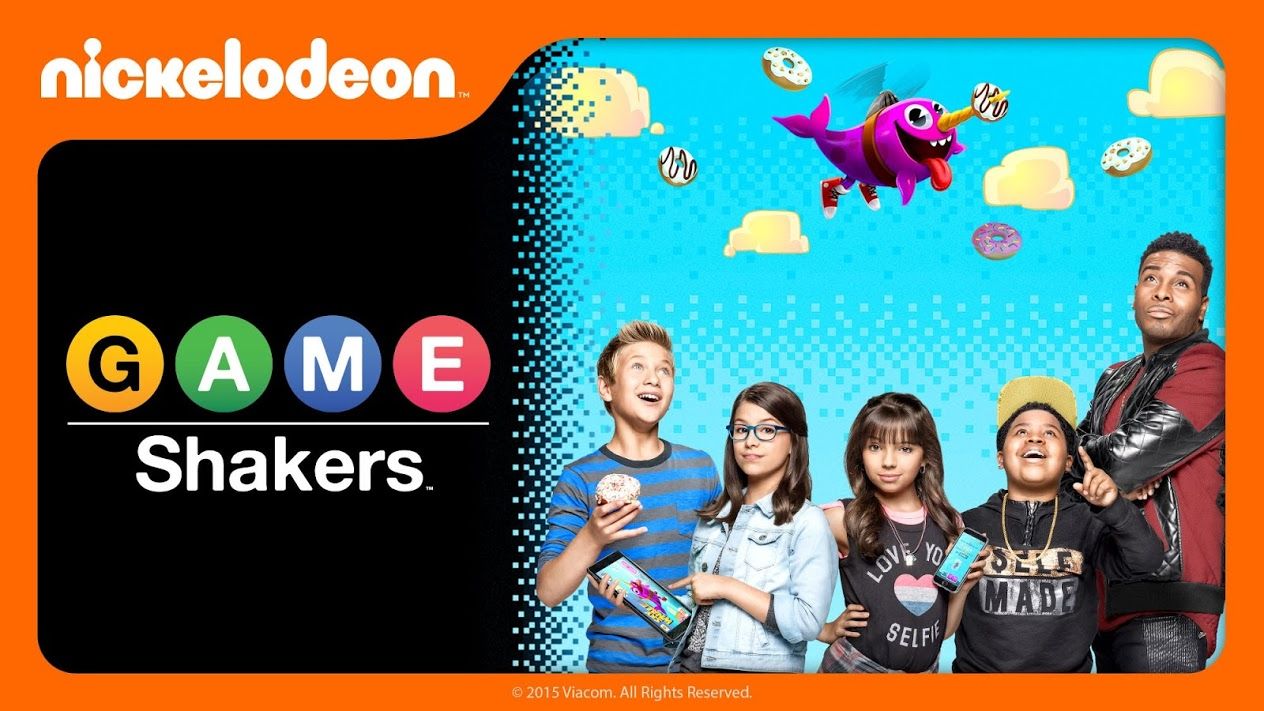 Game Shakers is a live-action gaming sitcom that revolves around two girls name Babe and Kenzie who start a multi-million dollar title gaming company. The show is another brilliant brainchild of Emmy nominated, hit show creator Dan Schneider, and produced by Schneider’s own Bakery Productions. Series 1 of Game Shakers premiered on September 12, 2015 on Nickelodeon.

Babe and Kenzie are middle schoolers who create a video game called Sky Whale as part of their science project. After the app turns out to be a wild success, the girls decide to form a company called Game Shakers, and recruit rap superstar Double G (Nickelodeon’s own ‘90s icon Kel Mitchell) and his son Triple G to help launch their very own gaming empire. The series became a truly multi-platform experiment when the network announced that all the games seen in the show will be released online on the Nickelodeon site and through a mobile app.

Season 1 consists of 26 episodes and features special guest stars like Matt Bennett, Yvette Nicole Brown, GloZell and Smosh Games host David “Lasercorn” Moss. Audiences will need to stay tuned to see if Game Shakers will shake up enough viewership to return for season 2. At the moment, there has been no word from Nickelodeon about a possible renewal or next season release.

UPDATED March 4, 2016: Nickelodeon`s upfront annual presentation in New York City has impressed the audience with the extent of the original programming expansion when the network announced almost 700 episodes of upcoming episodes of both brand new and returning series. Among the programs that are set to come back is the popular family comedy Game Shakers, which has been renewed for a sophomore run. No release date has been set yet for the second season premiere, so please stay tuned for updates.

UPDATED August 6, 2016: Actress Madisyn Shipman has revealed the much anticipated bit of news at the 2016 Teen Choice Awards regarding the second season of Nickelodeon’s live-action series Game Shakers. Babe and Kenzie will be back in September 2016. Season one has garnered critical support and averaged a respectable 1.54 million per episode. Sign up for our automatic updates and receive the exact release date via e-mail as soon as it is set by the network.

Share this with friends:
ReleaseDate.show » Release » Nickelodeon officially renewed Game Shakers for Season 2 to premiere in September 2016
Related Serial
When Will