This article has the most up-to-date info on the status of T.I. & Tiny: The Family Hustle Season 7 as we continuously monitor the news to keep you in the know. VH1 is yet to make a decision on its future. Subscribe to our automatic updates below. 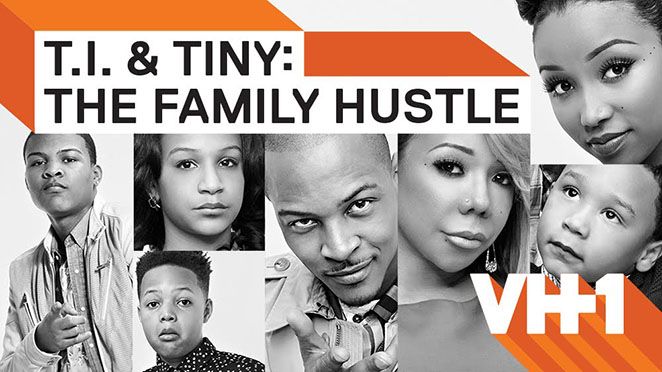 T.I. is one of hip-hop’s royalty, but after being sentenced to 12 months in prison he was forced to leave the scene for some time. This series focuses on his life after he returns home and rejoins his faithful and supportive wife Tameka “Tiny” Cottle-Harris and their six children. Season 5 continues with Tameka managing her girl group and holding down the family. With their children growing and preparing to leave the house, Tiny shows them just how difficult being an adult may be.

This series is definitely full of drama, which is inevitable with eight people in the house, but it has a special feel of family unity. T.I. and Tameka have a very loving and supportive relationship, which translates into the way they raise their children. This season T.I. and Tiny are both up for more personal and professional challenges, as their children are becoming more independent. Their loving family has grown on the audience over the course of its five-year run, although ratings have been declining steadily in the last season. The show has a reasonable 6.7/10 score on IMDb, the sixth season premiere rated just above the previous season – 1.8 million against 1.7 million. The rating for the premiere episode was 0.86 in the 18-49 demo. At this time it’s unclear whether the series will be picked up for another season.

Subscribe to receive news and updates when a show is renewed or canceled. You will receive an automatic email when theT.I. & Tiny: The Family Hustle Season 7 Episode 1 release date is officially announced.

Share this with friends:
ReleaseDate.show » Release » VH1 is yet to renew T.I. & Tiny: The Family Hustle for Season 7
Related Serial
When Will

Up TV is yet to renew Small Town, Big Mayor for season 2

Bravo is yet to renew Manzo&rsquo;d with Children for Season 4