This article has the most up-to-date info on the status of Bitten season 4 as we continuously monitor the news to keep you in the know. Unfortunately, Space has officially canceled the series. There will be no season 4. 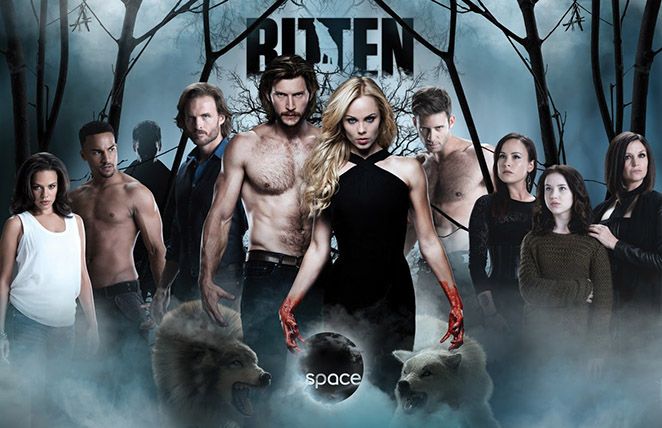 Bitten is a Canadian original fantasy, drama and horror television series airing on Space since 2014. The series was created by Daegan Fryklind and is based on Women of the Otherworld by Kelley Armstrong. It is produced by Hoodwink Entertainment, No Equal Entertainment, Entertainment One Television and Bell Media. The current third season has premiered on February 12, 2016. It was already announced in December 2015 that the third season will be the final one for the series.

The fantasy series focuses on the only existing female werewolf Elena Michaels (Laura Vandervoot) who struggles to find a way to balance her life with a human boyfriend Philip (Paul Greene) and her obligations to her werewolf clan. Witches Paige and Ruth attempting to save Savannah, a member of their coven are at the heart of the second season`s storyline.

Bitten has mostly received mixed reviews, with a 59/100 score on Metacritic, 7.1/10 on IMDb and 42% on Rotten Tomatoes. The second season scored an average of 500,000 total viewers and a 0.15 rating. The first season was, in fact, Space`s highest-rated original series in the channel`s history. However, the network chose to cancel Bitten due to the fact that supernatural-oriented series are no longer as popular as they used to be. The third series has been moved to the dreaded time slot on Friday evenings, although the fans are grateful for the third season that allows the story arcs to end in a memorable way that makes sense to the viewers.

A 10-part third installment of Bitten bowed out on Monday, April 25, 2016 and as you already probably know it was the series finale as the Space network had previously announced that the show will not have a fourth season. The US ratings of the most recent chapter were rather disappointing, having averaged just below 0.4 million viewers per episode, while the series still holds a very respectable 7.1 out of 10 score on IMDb. As promised, the creative team has given fans a sense of closure in the final episode, and since none of the main characters were killed off, there is always a possibility that the fantasy drama series might get revived. What did you think of the series finale?
Share this with friends:
ReleaseDate.show » Release » Space officially canceled Bitten season 4
Related Serial
When Will