This article has the most up-to-date info on the status of Last Man Standing Season 6 as we continuously monitor the news to keep you in the know. ABC has scheduled the premiere date for a new season for September 23, 2016. 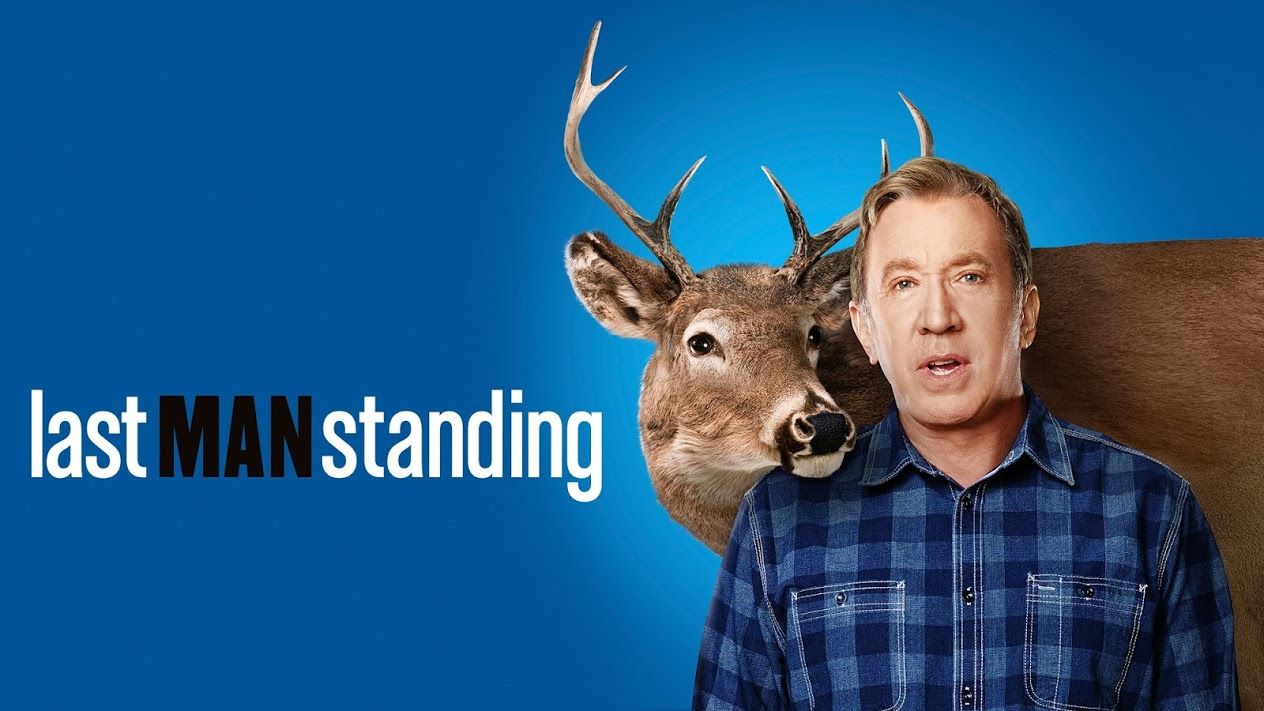 Last Man Standing is an American sitcom created by Jack Burditt and executive produced, and starring Tim Allen. The series debuted on ABC on October 11, 2011 and has had a successful five season run.

In his second sitcom for ABC, Tim Allen portrays Mike Baxter, a senior executive and director of marketing for a chain of outdoor stores in Colorado. He is literally the last man standing in a household full of women, including his wife, three daughters and a granddaughter. Last Man Standing also stars Nancy Travis as Vanessa Baxter, Mike’s wife who works as a geologist in the energy industry.

Season 5 of Last Man Standing premiered on September 25, 2015 guest starred Jay Leno as a car aficionado who sells Vanessa a car as a gift for her husband. Interestingly, this episode marks a reunion between Leno’s guest appearance on Tim Allen’s previous sitcom “Home Improvement” back in 1995, in which he played an auto mechanic.

Ratings for the series have been on par with previous seasons, averaging about 6.4 million viewers per episode. But like many major broadcast scripted series, Last Man Standing season 6 is not a guarantee. There are still many episodes to be aired and ABC will likely wait to see how the show performs before making any announcements.

A 22-part fifth installment of the ABC network’s hit Friday night comedy series Last Man Standing bowed out in the US on April 22, 2016 and although the network is yet to make a decision on the show’s future, the facts are clearly indicating a very likely renewal. In its most recent cycle, the sitcom has averaged 6.7 million viewers per episode, which is on par with season four. With a handful of awards and nominations, the show has most recently won the 2015 ASCAP Film and Television Music Award as Top Television Series. Considering the fact that most ABC’s Friday comedies like The Neighbors or Cristela have been cut due to low ratings, Tim Allen sitcom can be easily considered a success. Stay tuned for the most recent news on the show.

UPDATED December 22, 2015: The mid-season finale of the highly-praised ABC’s comedy series Last Man Standing was broadcast on December 11, 2015 and the current fifth season of the sitcom is scheduled to resume on ABC next year, on Friday, January 8, 2016. The show continues to deliver an impressively high and stable viewership, so it looks like it will get renewed for another run.

UPDATED May 16, 2016: One of the most consistent Friday night scripted television shows on the ABC network, Last Man Standing has concluded airing its fifth installment on April 22, 2016. We were not a tiny bit surprised to learn that the network has just officially announced the renewal of their hit family comedy series for another season. After all, in its most recent chapter, the sitcom has attracted an average audience of 6.7 million viewers, which is almost the same result the series delivered last year. Such consistency surely warranted an easy renewal decision for the executives. Tim Allen will be back to reprise his lead role, but the premiere date for new episodes is yet to be determined, so sign up for our updates and we will email you a notification as soon as the release date of Last Man Standing season 6 is revealed.

UPDATED June 29, 2016: The ABC network will present what looks like an exciting mix of new and returning TV shows come fall. As per usual, Wednesday nights are reserved for comedies, but since not all of them were able to fit into the primetime broadcast, a few sitcoms will be aired on Friday nights as well. A sixth season of Last Man Standing is scheduled to begin airing in the US on Friday, September 23, 2016 at 8pm ET/PT, followed by the premiere of the sophomore chapter of Dr. Ken at 8:30pm. Sign up for our notifications and you will get an automated reminder in your inbox of the release date of Last Man Standing season 6 one day before the fun begins.