The release date for Murder in Successville series 3 — Pending

This article has the most up-to-date info on the status of Murder in Successville Series 3 as we continuously monitor the news to keep you in the know. BBC Three is yet to make a decision on its future. Subscribe to our automatic updates below. 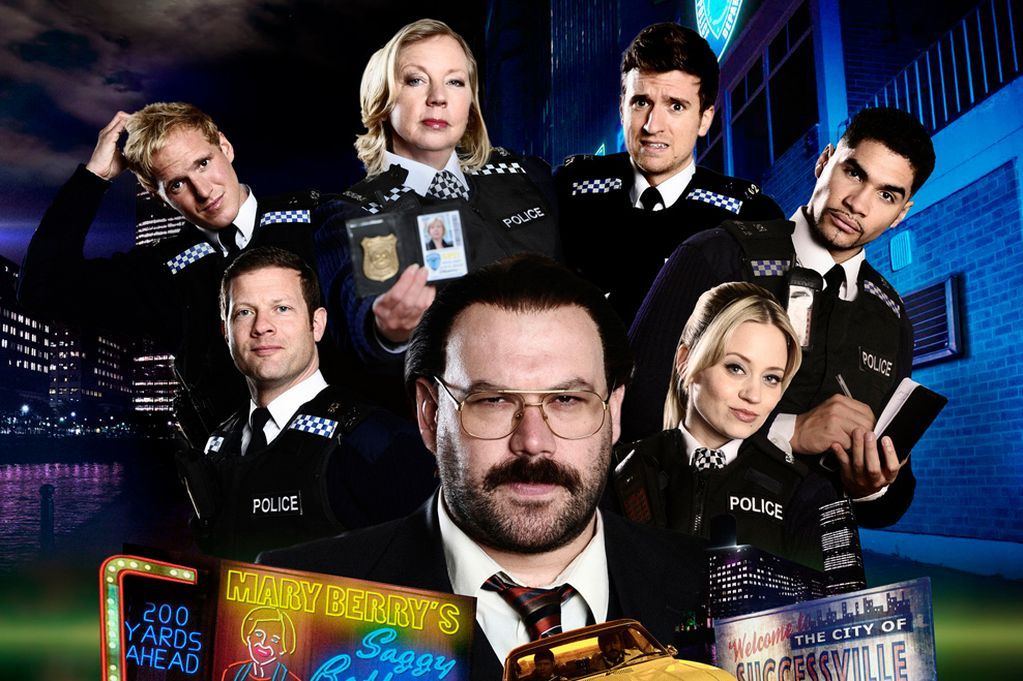 Murder in Successville is a British sitcom with improvisational elements, which was created by Andy Brereton and Avril Spary and executive produced by Brereton and Pinki Chambers. The show has been broadcast on now digital-only BBC Three channel since 2015. The second season of the program, which hails from Tiger Aspect Productions, has aired on June 15, 2016.

DI Sleet (Tom Davis) is paired up with a different guest celebrity in each episode for a murder investigation. Cast members for every episode include up-and-coming comic impersonators of fictionalized versions of different celebrities. Highly fictionalized versions, we must say, for example, Gordon Ramsay serves as the police chief, Taylor Swift is the forensics expert, Alan and Jimmy Carr are twin mobsters in the town of Successville. The cast includes Liam Hourican, Luke Kempner, Cariad Lloyd, Colin Hoult, Jenny Bede, Tony Way, Rachel Parris, Marie Lawrence and many others.

The show has a 7.4/10 IMDb rating and was a very unlikely candidate for becoming a television hit – but it did! It courageously mixes a cop show spoof with reality TV, comedy and a prank show, and what comes out it surprisingly coherent and fun. The weekly celebrity is not made familiar with the script, and have to improvise their dialogue as they go along in the investigation. The second series celebrity roster includes George Shelley (Union J), Chris Kamara (Sky Sports), Mark Wright (Towie), and Baby Spice Emma Bunton. Stay tuned, and we`ll let you know as soon as the network makes a decision on the show`s future.

Subscribe to receive news and updates when a show is renewed or canceled. You will receive an automatic email when theMurder in Successville Series 3 Episode 1 release date is officially announced.

Share this with friends:
ReleaseDate.show » Release » BBC Three is yet to renew Murder in Successville for series 3
Related Serial
When Will

ITV2 is yet to renew Celebrity Juice for series 17

The release date for Celebrity Juice series 17 — PendingThis article has the most up-to-date info on the status of Celebrity Juice Series 17 as we continuously monitor the news to keep you in the know. ITV2 is yet to make a decision on its future.…