This article has the most up-to-date info on the status of Arrow season 5 as we continuously monitor the news to keep you in the know. The CW has scheduled the premiere date for a new season for October 05, 2016. 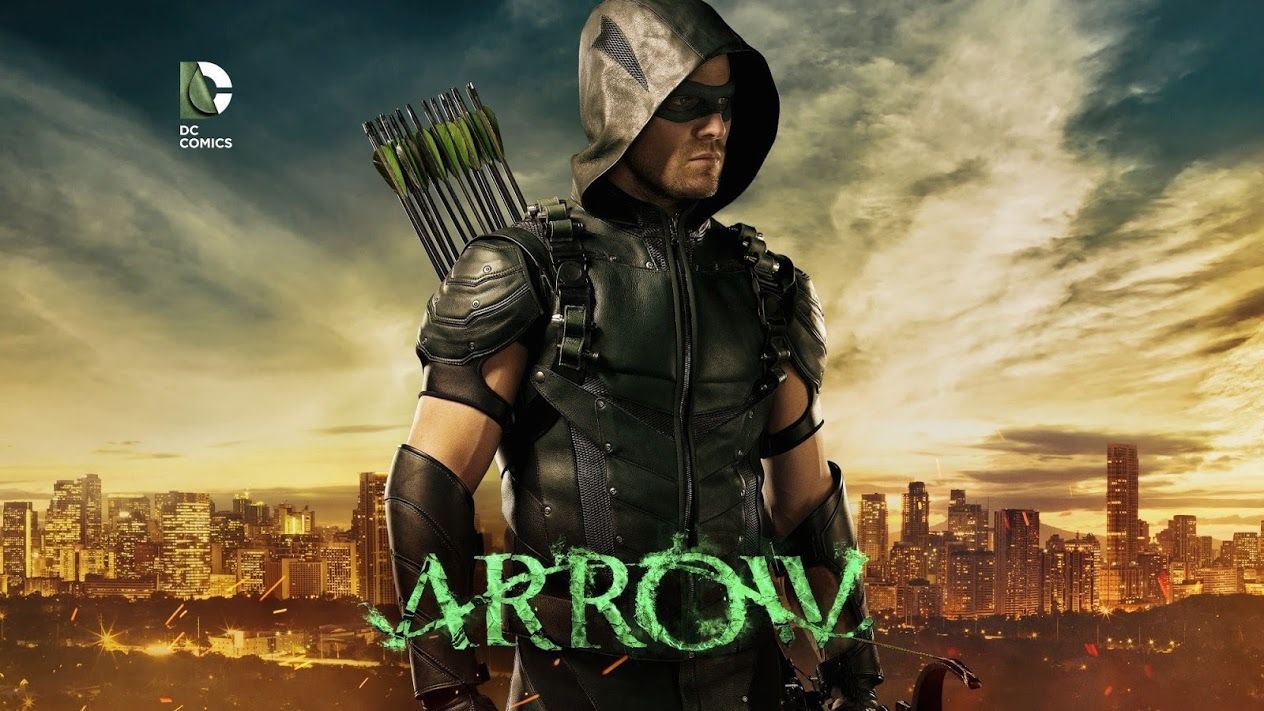 Arrow is a US superhero TV series based on a DC comic character, a vigilante armed with a bow. The show is produced for the CW network by Bonanza Productions, Derlanti Productions, DC Entertainment and Warner Bros. Television. It premiered on October 10, 2012, and the current season 4 aired on October 7, 2015.

Action, mystery and drama accompany Oliver Queen (Stephen Amell), a rich playboy who turned into an incognito crime-fighter following five years on a mysterious island after a shipwreck. The first season depicts the main character`s return to Starling City and his integration into his previous life as well as the establishment of his new range of interests – which includes killing criminals who are plotting dark things. There are also flashbacks to help us understand the transformation that took place during his isolation on the island.

Over the next seasons of the Arrow Oliver gives a vow to fight crime without killing the perpetrators, attempts to reunite his family, finds a follower, Ray Palmer (Brandon Routh) and continues his courageous and complicated battle with evil. In season 4 Oliver and his brothers in arms fight a terrorist organization.

The Arrow enjoyed favorable reviews from the critics, the first season being the most successful in winning their approval. The viewership ratings were a hit for the CW network in the US, as it turned out to be the most-watched series in three years. The broadcasts in the UK, Canada and Australia have also sparked considerable interest. Given the apparent success throughout all four seasons, it`s fair to assume that the fifth season will be underway in the future. There has been no official statement from the network, but the fans of the show are hoping for its renewal.

The superhero saga Arrow has concluded its 23-episode fourth season on May 25, 2016. The season finale attracted 2.19 million viewers and ended with Oliver being sworn in as the interim mayor, so his work as a hero is about to temporarily go on hold. Reiter and Taiana both die in the course of their standoff, and Oliver begins to have qualms regarding the dark side of himself, wondering whether it`s getting the better of him, since he has participated in killing quite a few people. Amanda is there to reassure him, and Oliver faces Darhk in battle, putting him down and subsequently celebrating his win with Team Arrow. The CW has already renewed Arrow for a fifth season prior to the end of the fourth installment, so we can be sure that a new villain and a new threat to peaceful life that everyone now thinks will prevail, is around the corner. Stay tuned and we`ll keep you up to date as new information becomes available regarding Arrow season 4.

Updated December 12, 2015: The schedule for Arrow`s return after its mid-season finale on December 9, 2015 has at last been announced by The CW network. The widely acclaimed and popular series is coming back on January 20, 2016 at 8 pm ET/PT. Arrow has held high and steady viewership numbers of around 2,7 million throughout its three and a half seasons, so it`s safe to assume that there might be more to come after the fourth season is concluded. Subscribe to our notifications and promptly find out in an automatic e-mail if there are scheduling changes for Arrow.

Updated March 12, 2016: The CW seems to be truly happy with their current lineup of original scripted series, as the network unveiled yesterday an early renewal of 11 of its TV series. This encompasses almost an entire primetime roster. Arrow, which still has a handful episodes left before the current fourth season wraps up, has been officially renewed for another round. The show is presently delivering an average viewership of around 2.7 million fans, which is pretty much on par with the previous cycle (down just 3%). No additional details regarding cast changes or new storylines have been revealed yet, so stay tuned.

UPDATED June 18, 2016: Following in the footsteps of NBC and Fox, The CW has just unveiled its fall programming schedule. The fifth season of Arrow is slated to premiere on Wednesday, October 5, 2016 at 8pm, serving as a lead-in for the series premiere of Frequency. An important adjustment will be made, as the upcoming chapter has to introduce a new villain after Darhk`s annihilation by Oliver in the riveting season four finale. Sign up for our automatic updates and receive a reminder of Arrow season 5 premiere date one day in advance.

UPDATED July 23, 2016: The first trailer for Arrow`s fifth season debuted during the show`s San Diego Comic-Con panel, showcasing the new lineup that will fight alongside Oliver Queen before offering a tease of the season`s new villain, Prometheus.

The release date for Rectify Season 4 — October 26, 2016This article has the most up-to-date info on the status of Rectify Season 4 as we continuously monitor the news to keep you in the know. Sundance TV has scheduled the premiere date for a new…