This article has the most up-to-date info on the status of American Crime season 3 as we continuously monitor the news to keep you in the know. ABC has officially renewed the series for another season expected to debut in 2017. To get notified of the exact premiere date – subscribe for updates below. 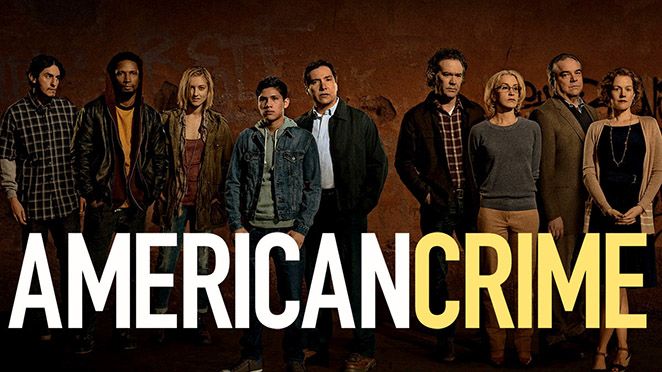 American Crime is a US anthology crime television series that`s been broadcast on ABC since March 5, 2015. The series is created by John Ridley, and executive produced by John Ridley and Michael J. McDonald. The second season debuted on-demand on December 17, 2015 and subsequently premiered on ABC on January 6, 2016.

The series portrays the investigation of a racially charged murder in the first season, and homophobic-powered sexual assault in the second season. A high school boy studying at a private school accuses several of his schoolmates of sexual assault and posting their photos of it online. Complex issues of race, gender, sexual orientation and class are central to American Crime.

Both seasons of the series have been highly acclaimed by the critics, with the writing, directing and performances praised unanimously. The courageous, emotional portrayal of the painful situations and the very fact that American Crime is not afraid to tackle very tough and poignant social issues have led to immensely positive response. Rotten Tomatoes gave the second series a 97% rating, while it scored 85 out of a 100 on Metacritic. American Crime has an excellent chance of renewal, as it is popular with the public, praised by the critics and takes a socially responsible stand offering a thorough investigation of social problems` underpinnings.

After a whole season filled with guesses and unanswered questions, the creative team of American Crime has delivered an even more ambiguous ending to the second chapter. John Ridley, one of the executive producers of the series, said that it was all done purposefully, because the producers want viewers to read as much into this ambiguity as possible. He says that unlike more typical police procedural dramas where the main point is to catch the bad guy in the end, he wanted this series to make the audience more observant, introspective and to remind people that life is indeed complex. The ratings for the second installment of the drama hovered around a 3.3-3.4 mark and the finale drew in 3.7 million viewers. Ridley said that although he has plenty of ideas for a third chapter, the ABC network has not yet made its decision about the show.

UPDATED May 14, 2016: Despite a slight decline in the ratings, the ABC network has made the right decision to renew its widely critically-acclaimed and Primetime Emmy Award-winning anthology drama TV show American Crime for another season. A second chapter of the drama series bowed out in the US on March 9, 2016 and has attracted an average audience of 3.7 million per episode, which is a rather painful decline of 25%. In that light, the renewal news feels so much more exciting. Despite the ratings drop, the show has garnered stellar reviews and has built a devoted fan base. As expected, a third chapter will have a completely new setting and will focus on a new crime. The cast details are yet to be finalized, so stay tuned.

UPDATED August 4, 2016: Detective drama series American Crime has been renewed for a third season on ABC, as we already know, and will air in 2017, as it has just been announced. In a bit of additional exciting news, Lili Taylor is confirmed to be back in the next season of the anthology drama. She has performed in the previous two chapters of the acclaimed drama, and has been praised for her excellent performance. Sign up for our automatic updates and receive relevant information about American Crime season 3 via e-mail.

Share this with friends:
ReleaseDate.show » Release » ABC officially renewed American Crime for season 3 to premiere in 2017
Related Serial
When Will