This article has the most up-to-date info on the status of Match Game season 2 as we continuously monitor the news to keep you in the know. ABC has officially renewed the series for another season expected to debut in Summer 2017. To get notified of the exact premiere date – subscribe for updates below. 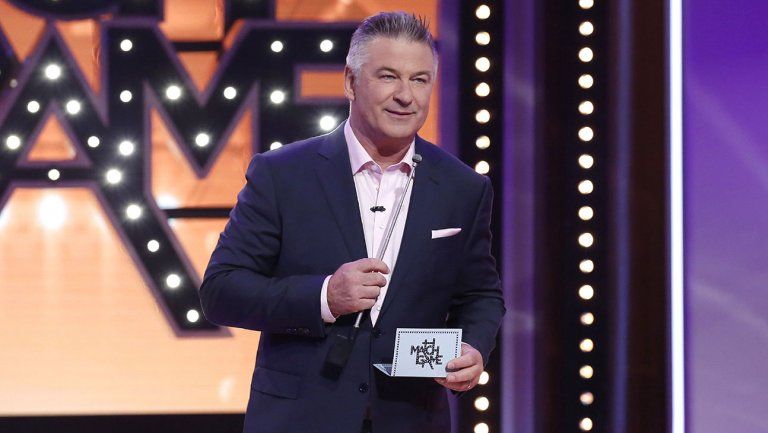 Match Game is a US television panel game show with quite a history. It originally premiered on NBC in 1962, and has been revived a number of times since the original run. Most recently it has been picked up by ABC with Alec Baldwin as the host and Steven French as the narrator. The show`s executive produced by Scott St. John and produced by Triple Threat Productions. The 10-episode first season of the game show is broadcast as a part of ABC`s “Sunday Fun and Games” block along with Celebrity Family Feud and The $100,000 Pyramid.

The format of the revived show most closely resembles the 1973-78 version, with two full games, two contestants per game, two questions per contestant. There is the Super Match where the winner of their respective rounds compete amongst themselves, the Audience Match, and a number of other twists and rules. The contestants compete for cash prizes. Regular panelists this season are Rosie O`Donnell and Tituss Burgess.

The current season of Match Game is drawing an audience over 5.5 million viewers per episode, with a 1.2 rating in the 18-49 demo and a share of 5. All the previous revivals of the show lasted merely one season each, and it remains to be seen whether this one will last longer. It currently has a 5.6/10 IMDb rating, and the reviewers are divided on the subject of the show, with many disappointed with the revival. Whether or not ABC ever planned on the show becoming a regular feature is not clear, so please stay tuned, and we`ll keep you informed as soon as a decision is announced by the network.

UPDATED August 5, 2016: Alec Baldwin-led revival of the classic game show Match Game has scored a renewal along with the other programs in ABC’s Fun and Games Block. This is already a victory, because previous resurrections of the 1962 show have not lasted beyond one season, and now there’s a second season coming in the summer of 2017. Match Game drew the largest number of regular programming summer viewers for ABC since 2006 in its time slot, premiering to an audience of 6.7 million viewers and a 1.5 demo rating. The release date has not been set yet, so please sign up for automatic updates, and we will inform you as soon as relevant information becomes available.

Share this with friends:
ReleaseDate.show » Release » ABC officially renewed Match Game for season 2 to premiere in Summer 2017
Related Serial
When Will

The CW officially renewed Whose Line Is It Anyway? for season 5 to premiere in Summer 2017