This article has the most up-to-date info on the status of Britain`s Next Top Model Series 11 as we continuously monitor the news to keep you in the know. Lifetime has officially renewed the series for another season expected to debut in January 2017. To get notified of the exact premiere date – subscribe for updates below. 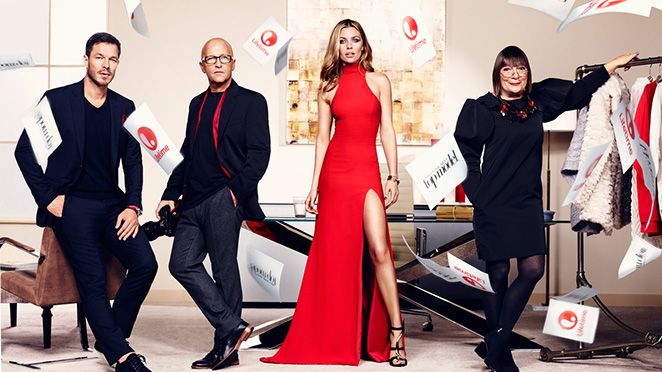 Britain`s Next Top Model (BNTM) is a British reality television series that was broadcast on Sky Living in 2005-2013 and is now airing on Lifetime. The show is a part of the Top Model franchise that began with the America`s Next Top Model program. After being canceled in 2013, in April 2015 an announcement was made in the show`s official Twitter account that the show was to return in 2015 to Lifetime network. The current 10th series, the first after the hiatus and the move to Lifetime, premiered on January 14, 2016. The series is produced by Thumbs Up Productions and created by Tyra Banks.

The show`s title leaves practically nothing to imagination. BNTM portrays a group of young females, aged 18 to 23, who are staying in a house together for several weeks as they participate in various workshops, challenges, photo shoots and meet with modeling industry professionals. The current presenters are Abbey Clancy and Paul Sculfor, and the contest is judged by Hilary Anderson and Nicky Johnson. The women compete for a grand prize – a modeling contract, a spread and front cover in one of the fashion magazines, a cosmetics campaign, and other prizes that vary from cycle to cycle – these have previously included a car, an apartment and other substantial things.

The previous 9th cycle of the series on Sky Living averaged under 0.4 million viewers. BNTM holds a 5.3/10 rating on IMDb, but that is also relevant to the previous seasons. Whether or not the series` resurrected version will be more or less successful, whether or not it will have a long and happy screen life remains to be seen. Will the show be renewed for cycle 11? Stay tuned for the news from the network.

UPDATED August 12, 2016: The revamped reality competition series Britain’s Next Top Model is set to return for its 11th series (second on Lifetime after its resurrection). The renewed program is scheduled to air in January 2017, with Abbey Clancy coming back as the host, and judges Nicky Johnston, Paul Sculfor and Hilary Alexander OBE once again taking their seats on the judge panel. The final stage of the casting process will be partly featured in episode one, and there will generally be more excitement and drama, hints Clancy. Sign up for our automatic updates and find out exactly when BNTM series 11 will kick off.

Share this with friends:
ReleaseDate.show » Release » Lifetime officially renewed Britain`s Next Top Model for series 11 to premiere in January 2017
Related Serial
When Will