This article has the most up-to-date info on the status of Lovesick (ex-Scrotal Recall) season 2 as we continuously monitor the news to keep you in the know. Netflix has scheduled the premiere date for a new season for November 17, 2016. 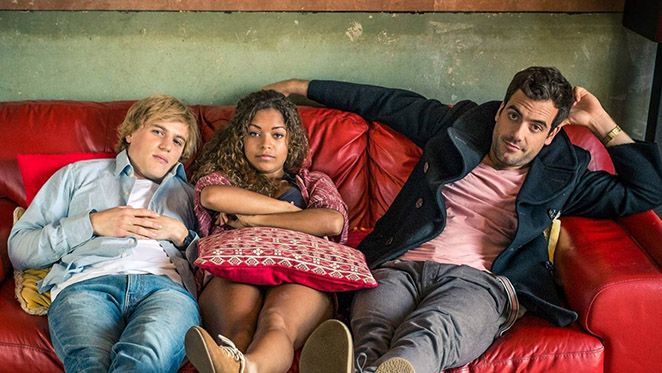 Scrotal Recall is a British sitcom about a man’s journey to inform his sexual partners about his recent STD diagnosis. Billed as a Netflix original, the series was created by Tom Edge and premiered on Channel 4 on October 2, 2014. Netflix acquired exclusive streaming rights, but

After finding out he’s been diagnosed with chlamydia, Dylan (Johnny Flynn) must find a way to face every girl he’s every had sex with and let them know the bad news. Scrotal Recall pivots on Dylan’s romantic liaisons and close friendships with Luke (Daniel Ings) and Evie (Antonia Thomas). Told as a series of flashbacks from Dylan’s encounters with women from his past, the series critically explores human relationships and ties that bind.

The series was independently created and aired on Channel 4. In 2015 Netflix acquired exclusive streaming rights for Scrotal Recall, but the UK series was independently created and first aired on Channel 4. The six episode mini-series is available for binge watching on Netflix. And while the streaming site has not announced any plans for a Scrotal Recall series 2 renewal, increased audience exposure may influence their decision. Boasting a 7.9 out of 10 on IMDB, a second series may be a possibility.

UPDATED March 23, 2016: Netflix and BBC Worldwide North America have just concluded a deal that will have the production company Clerkenwell Films make a new installment of Scrotal Recall. Thus, the British situational comedy has been officially renewed for a second season to be made available exclusively to Netflix subscribers around the world. The debut chapter of the comedy series is currently available for streaming in North America, and later this year will be released globally. Johnny Flynn, Antonia Thomas and Daniel Ings have all already confirmed their participation in the second season, while Tom Edge, the creator of the show, will again serve as the head writer. The release date of Scrotal Recall season 2 is yet to be revealed, so stay tuned.

UPDATED July 28, 2016: Lovesick, Netflix`s hilarious rom-com formerly known as Scrotal Recall, is about to return to the streaming platform. On November 17, 2016 at 12:01am PT the eight-episode second installment will be made available in its entirety for the fans to enjoy. The upcoming season is once again written by Tom Edge with all three stars set to return to reprise their roles. Please sign up for our automatic updates and we`ll drop you a reminder regarding the second season premiere date of Lovesick one day in advance.