This article has the most up-to-date info on the status of Orphan Black season 5 as we continuously monitor the news to keep you in the know. Space has officially renewed the series for another season expected to debut in 2017. To get notified of the exact premiere date – subscribe for updates below. 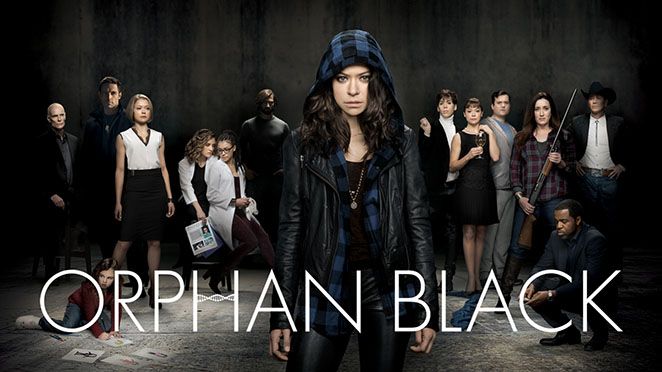 Orphan Black is an award winning original science fiction and drama series that revolves around a woman who assumes the identity of her clones. Co-created by John Fawcett and Graeme Manson, the series initially premiered in March 2013 on the Space channel in Canada and on the BBC channel in the U.S. After three successful seasons, Orphan Black season 4 returned to BBC America on April 14, 2016.

Tatiana Maslany stars as Sarah Manning, a con artist who, after witnessing the suicide of a woman who appears to be her doppelganger, takes on her identity and occupation as a police detective. What follows is a thrilling drama with unexpected twists and turns. Sarah discovers that she is a clone, and has numerous other clones throughout North America and Europe who are the targets of a convoluted murder plot. Orphan Black is filmed on location in Toronto, Ontario, which is apparent from the license plates of the cars featured in the series.

Drawing an average of 0.5 million viewers per episode, the series has won numerous awards and been recognized by the Directors Guild of Canada as the Best Drama TV Series. Adding a coveted Peabody Award to its repertoire, the series’ stars have also swept up nominations and wins in the Best Lead Actress categories of the Critics’ Choice TV Awards, as well as the prestigious Golden Globe Awards.

In the current fourth season Sarah encounters an evasive new ally, further investigates the clone conspiracy, and enters a dangerous relationship with a powerful enemy. How will she survive and manage to stay in control under the new set of unpredictable unpredictable circumstances? Stay tuned for updates on the future of the series that is hailed as utterly spellbinding by critics and viewers alike.

On June 16, 2016 the penultimate fourth season of sci-fi thriller Orphan Black has wrapped up on June 16, 2016. It contained 10 episodes and attracted 325,000 viewers, which is the season high. However, the number is still down approximately 100,000 viewers compared to the third season finale viewership. The compelling and eventful season finale ended with several cliffhangers, laying out the groundwork for the upcoming season. Alison and Donnie have taken shelter with Helen, Kira and Siobhan are held at gunpoint by Ferdinand at the safehouse and Sarah is seriously wounded. These are just the major points, and many other questions remain to be resolved in the final fifth season of the award-winning series. The upcoming season is looking very interesting, so please stay tuned for a release date and enjoy the final installment of Orphan Black.

UPDATED June 18, 2016: Some mixed news for the fans of the exciting genre-bending series Orphan Black – the show has been renewed for a fifth season, but the upcoming installment is set to become its last. The fifth season is tentatively set to air in 2017 and will be comprised of 10 episodes. The exciting and critically acclaimed sci-fi clone adventure will have a chance to develop fully and approach the end of the story arc in a well thought-out manner, let`s at least console ourselves with this idea. Sign up for our updates and be automatically informed of Orphan Black`s fifth season premiere date on BBC America.

Share this with friends:
ReleaseDate.show » Release » Space officially renewed Orphan Black for season 5 to premiere in 2017
Related Serial
When Will