This article has the most up-to-date info on the status of Shark Tank Season 8 as we continuously monitor the news to keep you in the know. ABC has scheduled the premiere date for a new season for September 23, 2016. 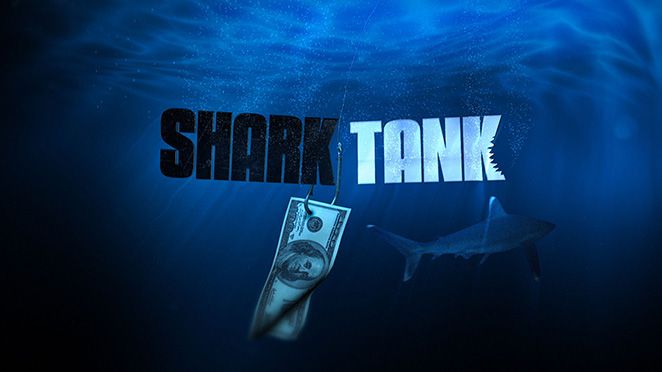 Shark Tank is a mega hit American reality TV series that first debuted on ABC on August 9, 2009. Based on a similar TV concept that used to air in Japan, the series was created for an American audience by Dan Purpalaj. Season 7 of the critically acclaimed show premiered on September 25, 2015.

Shark Tank is an opportunity for entrepreneurs to pitch their ideas to millionaire investors and get an investment to start, grow or expand their business. The show is credited with reinvigorating entrepreneurship in America, and has featured many triumphant stories of achieving the American Dream.

The sharks — Kevin O’Leary “Mr. Wonderful”, “Queen of QVC” Lori Grenier, technology expert Robert Herjavec, real estate mogul Barbara Cocoran, fashion and branding expert Daymond John, and billionaire Mark Cuban — are back for another exciting season of Shark Tank. As usual the sharks will be there to dispense their business wisdom and investment advise to those who entrepreneurs who are willing to place big stakes on the line.

For seven seasons Shark Tank has drawn in incredible audience ratings. Last season, the show attracted a solid 9 million viewers per episode. Just four episodes into the current season, the show is averaging 6.2 million. Ratings tend to pick up toward the holidays, so ABC will definitely be watching for an increase over the next few weeks. Depending on the audiences’ hunger for more business advice, we may see Shark Tank renewed for season 8.

The 29-episode seventh season of ABC`s Emmy Award-winning structured reality series Shark Tank has bowed out on May 20, 2016. The season finale aired with a 5.47 million viewer audience, and a 1.3 rating in the 18-49 demo, dominating the time slot. The seventh season ended with what some viewers found to be an odd way to wrap up the chapter. Maneesh Sethi was among the four entrepreneurs pitching their projects to the five sharks. His was Pavlok, a device that emits small electrical shocks when its owner engages in behavior that he or she wants to stop. When Kevin O`Leary, the last of the sharks to make a decision after all others have passed on the idea, agreed to support the gadget, Sethi refused his offer, expressing his negative view of O`Leary. Mr. Wonderful was fast to retaliate, and the heated exchange continued on the social media, where the offended shark continued to voice his disappointment. The show has already been renewed for an eighth season by ABC despite the significant loss in viewership. The seventh season`s average of 5.88 million viewers is 21% lower than the previous season`s numbers, but it the network officials apparently have enough faith in its concept and its hosts to keep it on the air. Stay tuned and we`ll inform you of further developments.

UPDATED March 4, 2016: Last TV season, it has been one of the very few ABC network’s shows that has delivered an increase in the ratings, so no one was a bit surprised when the network renewed Shark Tank for another cycle. At the moment, more than halfway through its seventh installment, the unscripted series is experiencing a decline in the ratings, averaging 6 million viewers per episode as compared to 7.1 last year. Nonetheless, a 19% ratings drop has not prevented ABC from giving an early renewal to the popular reality show. In fact, it was only one of the 15 ongoing TV series that all got early renewals yesterday.

UPDATED June 29, 2016: This year, the ABC network is the last of the major American television channels to define and announce its lineup of 2016 fall programming slate. Shark Tank, the network’s well-performing and award-winning structured reality program is expected to be back on the small screen with a new cycle at the end of September. An eighth season of the show is scheduled to start airing in the US on Friday, September 23, 2016 at 9pm ET/PT, following two sitcoms – Last Man Standing at 8pm and Dr. Ken at 8:30pm. Subscribe to our notifications and you will be sent an automated email reminder of the release date of Shark Tank season 8 one day before the programs starts.

This article has the most up-to-date info on the status of Second Chance season 2 as we continuously monitor the news to keep you in the know. Unfortunately, FOX has officially canceled the series. There will be no season 2.Series information and…