This article has the most up-to-date info on the status of Adventure TIme season 8 as we continuously monitor the news to keep you in the know. Cartoon Network has officially renewed the series for another season expected to debut in 2016. To get notified of the exact premiere date – subscribe for updates below. 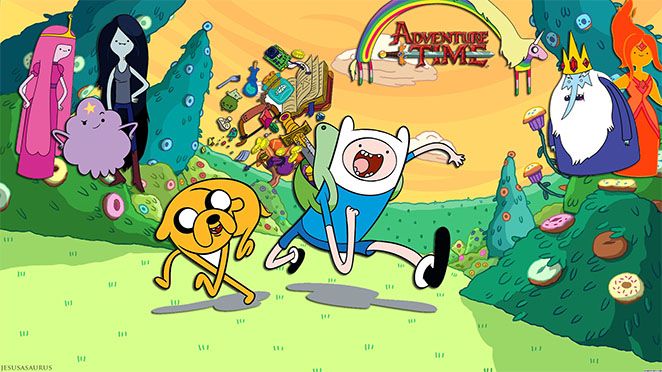 Adventure time is an award-winning American animated series on the Cartoon Network. Created by Pendleton Ward, it`s co-produced by Frederator Studios and Cartoon Network Studios. The show originally premiered on April 5, 2010, and the seventh season came out on November 2, 2015.

The show`s two protagonists are a 12-year old boy, Finn the Human, and Jake the Dog - his adoptive brother and best friend endowed with magical powers. The Land of Ooo, a post-apocalyptic place inhabited by a variety of creatures provides endless possibilities for them to do the usual – fight evil, befriend the good and have fun doing it. The dialogue is not only hilarious, it`s equally amusing to children, teenagers and adults – if you into this type of humor, and it seems the many people are.

The show`s been very popular with both the viewers and the critics. The goofy and somewhat random adventures are imaginative, the general outlook is optimistic, there`s no heavy reliance on the pop culture references, the humor can be criticized for being silly, but, thankfully, not everything on television needs to be dead serious. Adventure Time has a loyal following among all age groups, but the children 9-14 audience is, naturally, the most interested. The current seventh season, however, took a serious ratings dip - from sixth season`s premiere with 3.3 million viewers to only 1.07 million for the seventh season debut. This is attributed to the longest ever for the series waiting period between the two last seasons, which might have made it lose its momentum to some extent. However, there`s still time until the end of season 7 for that momentum to be regained, and it seems unlikely that this wonderful series, included in the Entertainment Weelky`s list of “The 25 Greatest Animated Series Ever” will be canceled.

UPDATED June 10, 2016: Cartoon Network`s ever-popular hit Adventure Time is continuing its run with an eighth season, which is scheduled to air some time in 2016. The new season will feature Finn and Jake traveling to unknown territories in search of an answer to a key mystery. It is up to them to save the land of Ooo from a terrible threat. A new multi-platform “Card Wars” sequel is also set to be released this summer. Card Wars is Cartoon Network`s most profitable mobile game, and the sequel has excellent chances of garnering just as much support. Sign up for our updates, and we`ll automatically inform you of Adventure Time season 8 release date.

Share this with friends:
ReleaseDate.show » Release » Cartoon Network officially renewed Adventure TIme for season 8 to premiere in 2016
Related Serial
When Will