The release date for Rickey Smiley For Real season 3 — Pending

This article has the most up-to-date info on the status of Rickey Smiley For Real season 3 as we continuously monitor the news to keep you in the know. TV One has officially renewed the series for another season. To get notified of the premiere date – subscribe for updates below. 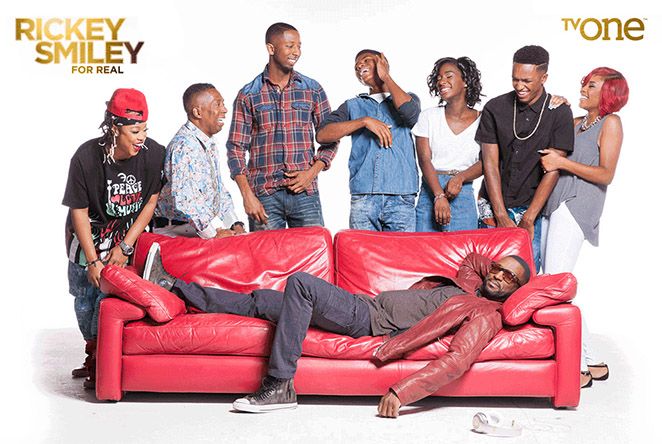 Rickey Smiley For Real is a TV One reality show about the personal and professional life of Rickey Smiley. The series was produced by Bobbcat films, where Rickey Smiley and Roger M. Bobb are executive producers, and Angi Bones – a co-executive producer. It has originally premiered on November 10, 2015, while the second season was released on May 10, 2016.

Rickey Smiley is a comedian and a syndicated radio talk show host – that`s what everybody knows about him. But he`s also a single father to four children of his own and practically a father to his nephew. Besides, he is a notorious bachelor and an entrepreneur splitting his time between his home in Birmingham, Alabama and Atlanta, Georgia, where he resides during the week. The biggest challenge Rickey faces is trying to harmonize his family, business and love life. There`s also the recently launched Rickey Smiley Foundation seeking to “impact the lives of children, teens and seniors”, which will be presented in the series. In the second season Smiley leads a more laid-back lifestyle, traveling to the Bahamas, taking a break from his Dish Nation show, keeping a close watch over his kids, touring and working on a collaborative project.

The series has been praised for offering a refreshing take on a black man who is successful in his career, a caring father and has a great personality – as opposed to the all-too-often stereotypical marginal types pictured on screen. Rickey Smiley For Real premiered #1 in the Black P24-54 demographic and has certainly fulfilled the hopes invested in it by the producers, ranking as the #2 cable series in its time slot among black viewers 25-54 during the first season, and scoring a total of 8.2 million viewers. The social media response to the show has also been very favorable and supportive, so there`s a good chance that there might be a continuation of the Rickey Smiley For Real. If it will fit into Rickey`s busy schedule, that is.

The second season of Rickey Smiley for Real, a TV One reality series that follows comedian and radio personality Rickey Smiley, has wrapped up the broadcast on July 19, 2016. The second season has garnered excellent reviews, and became a chart-topper. Its social media presence was also strong and positive. Rickey Smiley is an excellent example of a positive black male role model, refreshing and heartwarming. The season finale attracted 0.283 million viewers and scored a 0.12 rating in the 18-49 demo. Additionally, the show`s been a solid ratings hit with the black audience. The series has delivered significant gains in the ratings department, and has already been renewed for a third season immediately after season two finale. All that we have to do now is wait for a release date announcement of the upbeat and hilarious season three of Rickey Smiley for Real.

UPDATED July 20, 2016: Radio personality and comedian Rickey Smiley will remain a TV personality for at least one more season, since TV One has renewed his popular reality series Rickey Smiley for Real for a third chapter. The second season finale of his series aired on July 19, 2016, and fans did not have to wait too long for a confirmation of the show`s bright future. The sophomore chapter delivered ratings that were higher than in the first season, with double-digit gains in place, so hopes are high for the upcoming season as well. Sign up for our automatic updates and we`ll inform you when a release date is set.

Share this with friends:
ReleaseDate.show » Release » TV One has officially renewed Rickey Smiley For Real for season 3
Related Serial
When Will