This article has the most up-to-date info on the status of Sounds Random Series 2 as we continuously monitor the news to keep you in the know. BBC Three is yet to make a decision on its future. Subscribe to our automatic updates below. 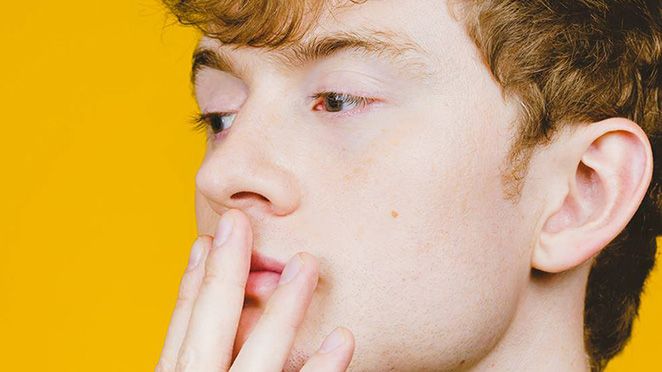 Sounds Random is a new British television series that is part-comedy chat, part-music video showcase. It has premiered on BBC Three on April 25, 2016. Rumpus Media and Phil McIntyre Television are behind the production, with Emily Hudd, Iain Wimbush and Lucy Ansbro executive producing and comedian James Acaster acting as a host of the show. The series` first installment is set to contain 15 episodes.

The format of the series is such that the guests invited by host James Acaster, who are all musicians discuss with him the randomly selected music pieces from their personal collections. Their favorites evoke emotions, memories form the past and prompt a discussion interlaced with choreographed routines based on the chat. The guests of the show in this series are The Mystery Jets, Raleigh Ritchie, Bill Bragg, Vanessa White from Saturdays, Tom Parker formerly of The Wanted, Big Narstie, Wolf Alice, Oh Wonder, Izzy Bizu and Scroobius Pip.

While the format does sound a little odd, with part – guilty pleasure, part – deep emotional revelation, part – somewhat irrelevant banter, it has a certain charm. “Our guests have nowhere to hide”, says the host, and while this is indeed true, hopefully, the viewers will find their favorite stars` personal revelations compelling enough to keep tuning in to watch. Whether or not the series has a future is still unclear, so please stay tuned, and we will be sure to inform you when relevant announcements are made.

Subscribe to receive news and updates when a show is renewed or canceled. You will receive an automatic email when theSounds Random Series 2 Episode 1 release date is officially announced.

Share this with friends:
ReleaseDate.show » Release » BBC Three is yet to renew Sounds Random for series 2
Related Serial
When Will

The release date for The Last Leg series 10 — PendingThis article has the most up-to-date info on the status of The Last Leg Series 10 as we continuously monitor the news to keep you in the know. Channel 4 is yet to make a decision on its future.…