This article has the most up-to-date info on the status of Miss Fisher`s Murder Mysteries Series 4 as we continuously monitor the news to keep you in the know. ABC (AU) is yet to make a decision on its future. Subscribe to our automatic updates below. 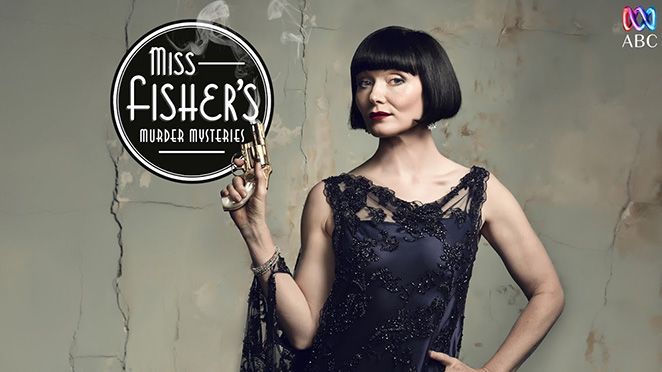 Created by Fiona Eager and Deb Cox, Miss Fisher’s Murder Mysteries is an Australian mystery drama television series that is based on Kerry Greenwood’s novels of the same name. Focusing on life and work of a private detective who investigates crimes in Melbourne of the 1920’s, this series attracts millions of viewers and is being broadcasted in over 100 countries worldwide. In Australia, Miss Fisher’s Murder Mysteries Series 3 premiered on ABC on May 8, 2015.

Phryne Fisher (played by Essie Davis) is a glamorous and independent private detective who focuses on protecting the innocent and fighting crimes and the status quo. A chic but unflappable woman, she has dozens of admirers, although her eye lies on the delicious Detective Inspector Jack Robinson. Sending major feminist messages to its audience, the series touches on such issues as clandestine abortions, unsafe labor practices and the length of workdays for women.

This series has been critically acclaimed and very well-received by the audience worldwide. Scoring 8.3 out of 10 on IMDb, Miss Fisher’s Murder Mysteries offers a refreshing view on the important issues not only of the 1920’s, but also of modernity. Although at the moment the network has not released any news regarding the future of the series, its high ratings and uber popularity will likely lead to a renewal. We’ll have the latest news regarding a possible Miss Fisher’s Murder Mysteries series 4 as soon as it becomes available.

Subscribe to receive news and updates when a show is renewed or canceled. You will receive an automatic email when theMiss Fisher`s Murder Mysteries Series 4 Episode 1 release date is officially announced.

Share this with friends:
ReleaseDate.show » Release » ABC (AU) is yet to renew Miss Fisher`s Murder Mysteries for Series 4
Related Serial
When Will