This article has the most up-to-date info on the status of Rush Hour season 2 as we continuously monitor the news to keep you in the know. Unfortunately, CBS has officially canceled the series. There will be no season 2. 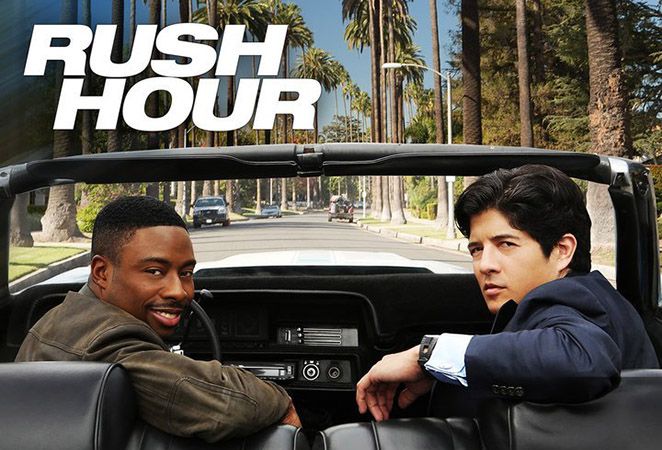 An all-new police procedural / comedy television series Rush Hour is based on the hit eponymous movie franchise created by Ross LaManna. The series was developed by Blake McCormick and Bill Lawrence, and produced by Doozer, RatPac Television, New Line Cinema and Warner Bros. Television. The series debut took place on March 31, 2016 on CBS.

A reckless LAPD detective Carter (Justin Hires) and strict Detective Lee from Hong Kong are the odd couple here, partners in the investigation of various crimes occurring on US soil. The two frequently butt heads, but their partnership is both efficient and strong.

The series launched to an excellent audience of 5.06 million viewers, a share of 4 and a 1.1 rating in the 18-49 demo. The premiere numbers were completely on par with the season averages of Elementary, Rush Hour`s immediate time slot predecessor. The viewership has slumped somewhat to 4.81 by the next episode, which is a predictable and natural drop after the series premiere episode. Television series based on popular films are a very successful trend, and if Rush Hour does not lose momentum over the course of the season, it will provide additional proof that there `s definitely potential in the very logical idea of drawing on past popularity of an already existing entity. However, the trick is not to spoil the original material, and Rush Hour seems to have happily avoided that pitfall. As of the moment, it seems that Rush Hour will see a renewal for another season at least, but since no announcements have yet been made, please stay tuned for network announcements.

UPDATED May 17, 2016: It has just been announced by CBS ahead of the network`s Wednesday upfront presentation that Rush Hour series has been canceled after just one season. The network`s adaptation of the hit Jackie Chan and Chris Tucker`s movie franchise that includes 3 very popular films has not caught on with the viewers, and scored comparatively low ratings. The seven episodes that have aired so far averaged a 1.1 demo rating and 5.6 million total viewers in L+3, and it has been decided that Rush Hour will bow out for good after completing its freshman run.