This article has the most up-to-date info on the status of Bella and the Bulldogs Season 3 as we continuously monitor the news to keep you in the know. Unfortunately, Nickelodeon has officially canceled the series. There will be no Season 3. 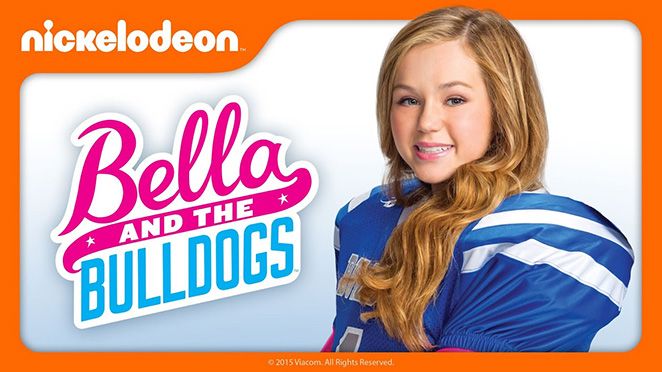 Created by Jonathan Butler and Gabriel Garza for Nickelodeon, Bella and the Bulldogs is an American series that follows the life of Bella Dawson – a middle-school cheerleader who suddenly becomes the new quarterback of her school’s football team, the Bulldogs. Season 2 of the series premiered on Nickelodeon on September 30, 2015.

Bella is not your typical cheerleader who dreams of pink dresses and likes to use makeup. In fact, she is just the opposite, and dreams of becoming a player in her school’s football team. Bella achieves her goal when she enters the tryouts for the position of quarterback, which she gains through hard work and perseverance. Naturally, this doesn’t make the other members of the team happy – who wants to see a cheerleader playing football?! The one who’s especially bitter is Troy, from whom Bella steals the position. At first, her teammates do what they can to make her give up her dream, but after a while, they find that she is a great addition to the team and Bella makes new and unusual friends.

There has not been any official news from the network about a possible third season, but this series has been quite popular with the viewers, who enjoy the wittiness and warmth of the comedy. As such, we expect that Nickelodeon will pick up the series for another season and we will see Bella and the Bulldogs Season 3 in sometime next year.

The 20-episode second season of Bella and the Bulldogs has wrapped up on Nickelodeon on May 25, 2016. The tween comedy series finale drew an audience of 1.49 million viewers, a number close to the season high, and the exact match for the season premiere episode viewership. The series garnered a 0.32 rating in the 18-49 demographic The motivated cheerleader-turned-quarterback has to prove herself in the biggest game ever between the Bulldogs and their opposing team, the Rangers. Pepper and Sophie attempt to catch a glimpse of Taylor Swift prior to her concert. Unfortunately for the fans of the series, on June 27, 2016 Nickelodeon has announced its decision not to renew Bella and the Bulldogs for a third season. The reasons behind the cancelation were not clarified, but in any case, we are bidding farewell to this family show after just two seasons.

Share this with friends:
ReleaseDate.show » Release » Nickelodeon officially canceled Bella and the Bulldogs Season 3
Related Serial
When Will

E! is yet to renew Total Divas for season 7

Nickelodeon has officially renewed School of Rock for season 3