This article has the most up-to-date info on the status of Ice Lake Rebels Season 3 as we continuously monitor the news to keep you in the know. Unfortunately, Animal Planet has officially canceled the series. There will be no Season 3. 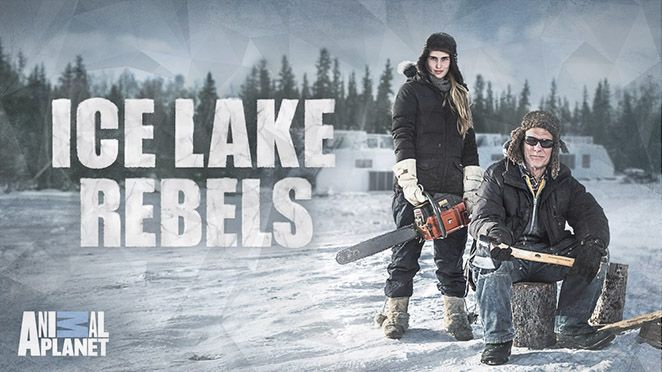 Ice Lake Rebels is an American reality adventure TV series that follows a group of men and women who try to survive in the harsh conditions of Canada’s Great Slave Lake. The series is broadcast by the Animal Planet and produced by This is Just a Test. The show has had a successful two season run with season 2 premiering on July 26, 2015.

Canada’s Northwest Territories is no place for a picnic and the men in Ice Lake Rebels are well aware of that. Every day they willingly face Mother Nature and deal with food and water shortages, dangerous terrain and horrific weather conditions, with the thaw and freeze periods being the most dangerous. With all that considered, the denizens of Great Slave Lakes choose to live in floating homes or houseboats in order to not pay any land taxes. As a result, competition is great for the best and most secure places on the lake to secure such freedom from the government and society.

Season 2 of the series premiered with the arctic community battling a harsh polar freeze in which Stephan and Allyce must save their aging boat, Pike Mike has to combat Canada’s glacial winds, and newcomers Kyle and Peyton are faced with building their home in what is now their new ‘neighborhood’. Though Animal Planet has not made an official statement about plans for Ice Lake Rebels Season 3, the series rates 6.7 out of 10 on IMDb, which is quite high, so will likely be renewed.

UPDATED May 25, 2016: There are different ways to live off the grid – and the way that Ice Lake Rebels chose is an unusual one – living on houseboats on a lake in the Canadian Northwest, which is a harsh place to inhabit even if you are in a comfy cottage, but way more difficult if you are on a boat throughout the whole year. The feats that were portrayed on the show seemed authentic to numerous fans, but alas, Ice Lake Rebels appear to be canceled as the program`s official Facebook confirms. Perhaps the fans` continued support as they are raising a storm on social media and asking to bring the series back will change the minds of network officials, but as of now, we are not expecting another season to come out.