This article has the most up-to-date info on the status of Limitless season 2 as we continuously monitor the news to keep you in the know. Unfortunately, CBS has officially canceled the series. There will be no season 2. 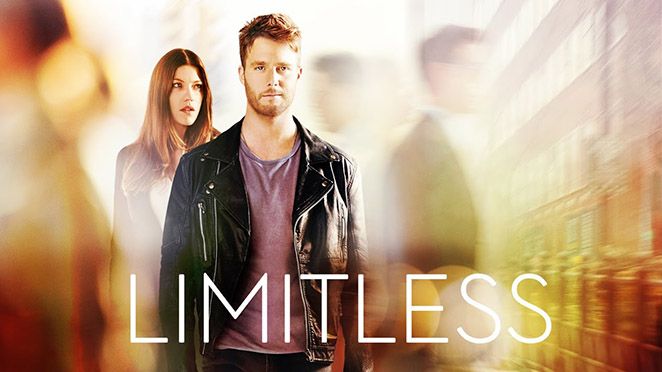 Limitless is a new American science fiction and criminal drama series that is a sequel to the homonymous 2011 feature film. It is produced by K/O Paper Products, Relativity Television in conjunction with CBS Television Studios. The series` debut took place on September 22, 2015 on CBS, and on October 23, 2015 the network extended the Limitless season order to 22 episodes.

The series` premise is not completely novel, but still intriguing – Brian Finch (Jake McDorman) discovers a drug called NZT-48, which switches on every neuron cell in his brain for 12 hours, making him the most intellectually capable person in the world. The drug does have deadly side effects, which can be counteracted by an antidote, and the mysterious US Senator Morra (Bradley Cooper) provides Brian with the antidote - but with certain conditions that he must fulfill. On the other hand, the FBI wants Brian to use his newly found abilities in solving some of their cases.

The critics generally didn`t find Limitless` less-than-credible premise and the hole-ridden script particularly attractive. The audience, however, responded warmly to the series. The series premiere was seen by a total of over 14 million viewers (almost 10 million on the premiere night, and additional 4.4 million on DVR). The ratings have then decreased over the course of the season, but still amount to a very impressive 6.6 million viewers for the last episode. The renewal seems very likely at this point, but no decision has been made by the network yet.

A 22-part debut chapter of the CBS network’s newest scripted TV series Limitless bowed out on April 26, 2016 in the US. The new show opened up to almost 10 million viewers last September and although the ratings have come down as the debut season progressed, the freshman installment still averaged a healthy 7 million viewership. If the season finale started with Brian being only temporarily reinstated in the FBI, by the end of the episode, after a successful mission, he was officially offered a permanent position with a newly formed special NZT team. Also, it looked like Rebecca finally saw him in a romantic light, at last. The show hasn’t been renewed yet, but we are already looking forward to an exciting new chapter.

UPDATED December 22, 2015: The first installment of the CBS’s new action and crime drama show Limitless concluded airing on December 15, 2015. Like most primetime shows, the series is now on a Christmas break. Season 1 of the highly-rated dramedy is expected to be back on the air with all new episodes on January 5, 2016. We should also probably expect a renewal announcement soon, considering the average viewership of 8 million viewers.

UPDATED May 26, 2016: Rumors of the cancelation of the CBS network’s freshman crime dramedy series Limitless have been swirling for a while now, and while the fate of the rest of the ongoing programming lineup has already been determined, the network was keeping mum about the future of the new series. Finally, yesterday, it was confirmed that the show is officially getting cancelled after just one run. Showrunner Craig Sweeny also confirmed the sad news on his personal Twitter page. The cancellation seems a little surprising, because the crime drama holds a very solid score of 7.9 out of 10 on IMDb and has delivered satisfactory viewership, averaging more than 7 million fans per episodes. Stay tuned for any chance the series gets revived or picked up by another network.

This article has the most up-to-date info on the status of Grandfathered Season 2 as we continuously monitor the news to keep you in the know. Unfortunately, FOX has officially canceled the series. There will be no Season 2.Summary and…

The release date for Dr. Ken season 2 — September 23, 2016This article has the most up-to-date info on the status of Dr. Ken season 2 as we continuously monitor the news to keep you in the know. ABC has scheduled the premiere date for a new season…