This article has the most up-to-date info on the status of I’ll Have What Phil’s Having Season 2 as we continuously monitor the news to keep you in the know. PBS is yet to make a decision on its future. Subscribe to our automatic updates below. 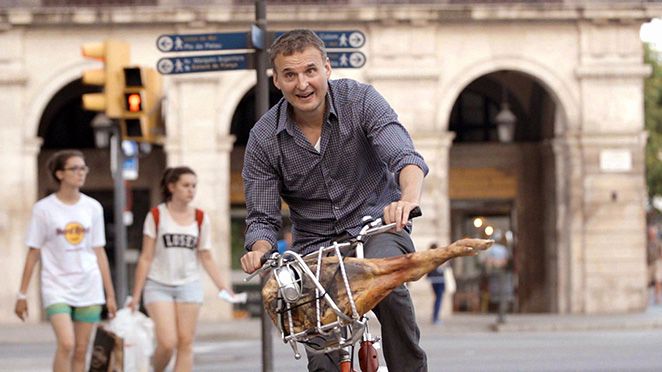 I’ll Have What Phil’s Having is a new American six-part TV series that explores delicacies from around the world. The show is the brainchild of Phil Rosenthal (Everybody Loves Raymond) who is making his return to TV for the first time in years. Season 1 of the show premiered on PBS September 28, 2015.

Each one hour episode of I’ll Have What Phil’s Having sends viewers on gastronomic adventures with Rosenthal himself exploring the best dishes in Hong Kong, Barcelona, Paris, Tokyo and Los Angeles. Along with celebrity guest stars, including Allison Janney, Ray Romano, Martin Short and Larry Wilmore, Rosenthal’s quirky and adventurous spirit seeks to inspire audiences to venture out on their own culinary discoveries.

Incorporating travel segments, confessional style talks with the camera and celebrity guests, I’ll Have What Phil’s Having explores not just food, but also the unique experiences often associated with food … like the sensation of tasting gelato, made fresh in an antique machine in Florence, Italy. Perhaps fans are also tuning in to see the impressive scenery and extra tight shots of mouthwatering food. Whatever the case, the slick production certainly brings extra value to the show. Is it enough to sustain it for another season? It’s still too early to tell, but if PBS plans to extend the show viewers are likely to see I’ll Have What Phil’s Having season 2 sometime next year.

Subscribe to receive news and updates when a show is renewed or canceled. You will receive an automatic email when theI’ll Have What Phil’s Having Season 2 Episode 1 release date is officially announced.

Share this with friends:
ReleaseDate.show » Release » PBS is yet to renew I’ll Have What Phil’s Having for Season 2
Related Serial
When Will

Crackle is yet to renew StartUp for season 2

The release date for StartUp season 2 — PendingThis article has the most up-to-date info on the status of StartUp season 2 as we continuously monitor the news to keep you in the know. Crackle is yet to make a decision on its future. Subscribe to our…

ITV is yet to renew Newzoids for series 3

The release date for Newzoids series 3 — PendingThis article has the most up-to-date info on the status of Newzoids Series 3 as we continuously monitor the news to keep you in the know. ITV is yet to make a decision on its future. Subscribe to our…