This article has the most up-to-date info on the status of Galavant season 3 as we continuously monitor the news to keep you in the know. Unfortunately, ABC has officially canceled the series. There will be no season 3. 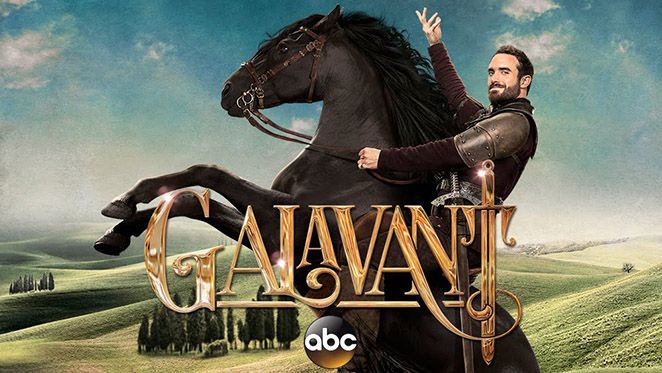 Galavant is a US comedy and musical television series with a fairy-tale theme. It has been on the air since January 4, 2015. The second series was released on January 3, 2016 and is set to contain 10 half-hour episodes. It is executive produced by Dan Fogelman (series` creator and writer), Alan Menken and Glenn Slater (music and lyrics), Chris Koch (series` director) along with Kat Likkel and John Hoberg (series` writers). Galavant is produced by River Studios, ABC Studios and Rhode Island Ave Productions.

Galavant is a daring knight who`s hit an unlucky streak in life. His wife Magdalena was taken away by evil King Richard, and Galavant is on a mission to reclaim her and take revenge on his rival. The series follows the knight`s journeys and the adventures that he is involved in.

Described as a medieval musical comedy, Galavant is fun, fresh and entertaining. It has a positive attitude, catchy songs and a clever sense of humor – sometimes just a bit lewd, but still very funny, and thus forgivable. The reviews have been mostly favorable, and the review aggregator sites have been well-disposed towards Galavant. Its campy silliness is just what is needed on modern television with its excessive violence, crime and creepiness on screen. The viewers apparently support our outlook by tuning in to watch – viewership averaged 4.8 million for the freshman season, and the second season opened to 3.25 million viewers. This family-friendly musical comedy series is a sure candidate for renewal, and we hope that it gets a continuation that it certainly deserves.

UPDATED May 14, 2016: A 10-part sophomore season of the ABC network’s musical TV show Galavant bowed out in January and we have just learned that the network has decided not to renew the fairy-tale themed series for another round. To be honest, the renewal for a second round last year seemed surprising considering the low ratings and the fact that major networks such as ABC typically axe underperforming shows without hesitation. In the second installment, the ratings have dipped even further, averaging just 2.4 million viewers per episode, which is a significant 49% decline. The musical comedy might instead be heading to the stage.