This article has the most up-to-date info on the status of Home Fires Series 3 as we continuously monitor the news to keep you in the know. Unfortunately, ITV has officially canceled the series. There will be no Series 3. 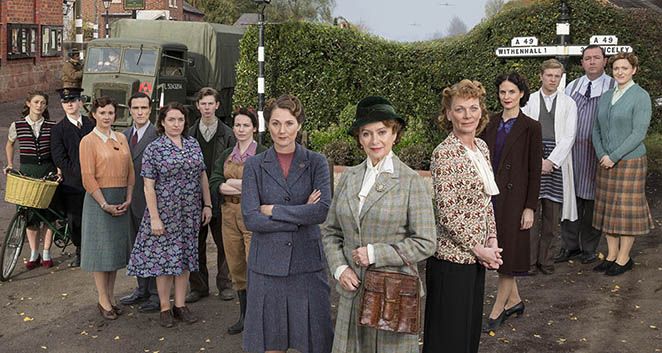 Home Fires is a British TV drama about a group of women trapped in an isolated rural community at the beginning of WWII. Far from the battlefields of war, the community suffers a loss of husbands and sons, leaving the women to pick up the fragmented pieces of their families. Inspired by a non-fiction book by Julie Summers, Home Fires premiered on ITV on May 3, 2015 and the second series aired on April 2, 2016. The show is based on the Jambusters novel by Julie Summers, created by Simon Block and executive produced by Frances Hopkinson and Catherine Oldfield.

The six-part mini-series stars acclaimed British actress Francesca Annis as Joyce Cameron, a manipulative and wealthy ex-president of the Women’s Institute. Set in a small Cheshire community, the group of women must put aside their differences and come together in their support of the Home Front. Samantha Bond, Claire Rushbrook, Fenella Woolgar, Leanne Best and Ed Stoppard are all part of the cast.

Home Fires captured a loyal audience following with just six episodes in series one. Averaging over 6 million viewers in the first chapter, the show boasts an 8.0 out of 10 rating on IMDB, while Samantha Bond, who plays Frances Barden, was recently nominated for a Satellite Award. The second series premiered to 5.2 million viewers and a 23.7% share of the audience, with the second episode gathering 4.7 million viewers. Considering the ratings success and positive critical reception, it would be safe to assume that Home Fires is a likely candidate for renewal, so please stay tuned for announcements from the network.

UPDATED May 11, 2016: In spite of the very competitive ratings, ITV WWII drama Home Fires has been canceled. The second season ended in a massive cliffhanger, with a fighter plane crashing into one of the village homes, and the consequences still unknown at the second series` end. and the production team expressed their deep regret at having to end the story arcs so abruptly and unexpectedly. ITV explained the cancelation solely by the need to refresh the programming portfolio.

ITV is yet to renew Brief Encounters for series 2

The release date for Brief Encounters series 2 — PendingThis article has the most up-to-date info on the status of Brief Encounters Series 2 as we continuously monitor the news to keep you in the know. ITV is yet to make a decision on its future.…