This article has the most up-to-date info on the status of Ties That Bind Season 2 as we continuously monitor the news to keep you in the know. Unfortunately, Up TV has officially canceled the series. There will be no Season 2. 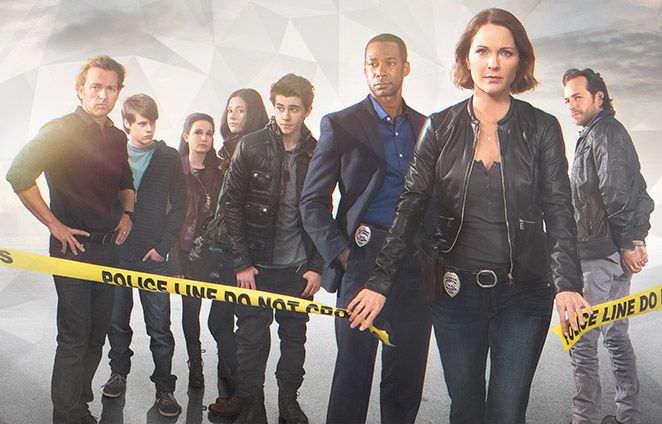 Ties That Bind is an American-Canadian drama series that revolves around an experienced police detective, mother and wife balancing her professional and family life in suburban Seattle. Written by Sheryl J. Anderson (Charmed) and produced by Reel One Entertainment, the series premiered on UP TV on August 12, 2015.

In Ties that Bind, Allison McLean (Kelli Williams) strives to be the best police detective, wife and mother to a blended family. When she and her police partners must arrest her brother, Tim (Luke Perry), for aggravated assault, her world drastically changes as he’s convicted and sentenced to time in prison. Allison chooses to foster Tim’s two children, taking them into her home where she ultimately ends up taking care of four teenagers. Now, her life is on the verge of a crucial moment, which may unite or ruin her family practically overnight. With a solid cast that includes Jonathan Scarfe, Dion Johnstone, Mitchell Kummen, Natasha Calis, Matreya Scarrwener and Rhys Matthew Bond, the season one opened with more than 1 million viewers tuning in to see the show.

Season 1, of the Ties that Bind consists of ten one-hour episodes, and has already scored high approval across social media channels, actively trending on Twitter and other platforms during its premiere episode. The network will no doubt closely monitor the ratings before deciding to renew the show for season 2.

Updated March 29, 2016: Despite steady viewership and positive critical reviews, Ties That Bind, a new drama series that centered on the personal a professional life of police detective Allison McLean, was canceled by UP TV after careful deliberation. There was a chance that a second season might have been ordered earlier this year, as rumors had it. A Facebook message on the show`s official page expressed gratitude to the viewers and thanked the cast and crew members for their dedication. Only one 10-episode season of Ties That Bind has aired, and that`s the way it will remain.

Share this with friends:
ReleaseDate.show » Release » Up TV officially canceled Ties That Bind Season 2
Related Serial
When Will