This article has the most up-to-date info on the status of Public Morals Season 2 as we continuously monitor the news to keep you in the know. Unfortunately, TNT has officially canceled the series. There will be no Season 2. 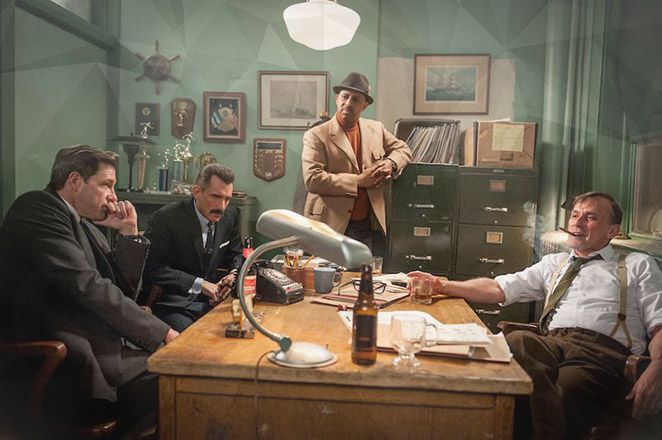 Public Morals is an American television drama set in New York City in the ‘60’s. Created by Edward Burns, the show stars Edward Burns, Michael Rapaport and Wass Stevens as NYPD officers who work in the Public Morals Division. Season 1 of the series premiered on TNT on August 25, 2015 and consists of ten episodes.

This is a police crime drama that follows Public Morale Division officers who attempt to deal with vice that was flourishing in New York City at the time, while managing their personal lives as Irish Americans. Officers Terry Muldoon, Charlie Bullman, Sean O’Bannon and others enforce the laws that are still on the books but that no one wants to address — prohibiting crimes like gambling and prostitution.

The show will take its viewers through the seedy, gritty streets of Hells Kitchen, where an escalating war within two fractions of the Irish-American mob make officer Muldoon and his partners determined to fight back against the city’s dark side and provide a safe place for his family. But the line between morality and crime is thin and the temptations that come from dealing with vice may take the better of them.

Although Public Morals creator hinted that he’s already working on writing season 2, considering that the number of viewers fell from 2.1 million to 632 thousand the network may not renew the series. If we are to see the continuation, it will most likely be in the summer of 2016.

Updated December 17, 2015: The criminal police drama Public Morals that followed the officers of Public Morale Division in 1960s New York City was recently canceled by TNT on low ratings. All ten episodes were released simultaneously for streaming online early in the season in hope that “binge watchers” will bump up the series` ratings over Labor Day weekend, but, unfortunately, that didn`t do much good. The premiere`s 2.1 million viewers dwindled dramatically to about 0.5 million for the finale, which was probably the decisive factor in the cancelation.

This article has the most up-to-date info on the status of Cuffs Series 2 as we continuously monitor the news to keep you in the know. Unfortunately, BBC One has officially canceled the series. There will be no Series 2.Storyline and castCuffs is a…

AMC has officially renewed The Making of the Mob: New York for Season 2