This article has the most up-to-date info on the status of Criminal Minds Season 12 as we continuously monitor the news to keep you in the know. CBS has scheduled the premiere date for a new season for September 28, 2016. 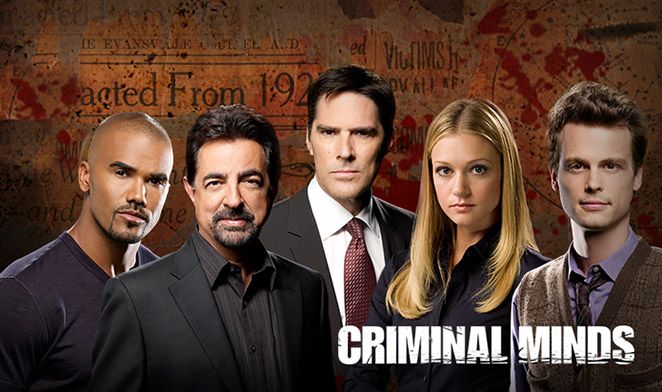 Criminal Minds is an American scripted crime and police procedural drama that follow’s an FBI Behavioral Unit as they use profiling to solve brutal crimes. Created by Jeff Davis and produced by Mark Gordon Company, the TV series first premiered on CBS on September 22, 2005 and is currently in its eleventh season.

Season 11 of Criminal Minds premiered on September 20, 2015 and is scheduled to air 22 one hour episodes. Several cast changes are expected this season with Jennifer Love Hewitt’s departure due to pregnancy, and Jennifer “JJ” Jareau (A.J. Cook) will not appear for the first five episode of the season. The show continues to garner great reviews and viewer ratings — already averaging an impressive 9.2 million viewers per episode. So, is Criminal Minds season 12 on the horizon? CBS has not made any announcements regarding the renewal of the show, but chances look good based on current and past ratings.

A 22-part eleventh season of Criminal Minds wrapped up on the CBS channel on May 4, 2016 and the show has again delivered an impressive viewership having averaged more than 9 million households per episode. There were no more departing cast members in the final episode, and it was constructed in a way that set a perfect stage for the next installment. One of the executive producers has already confirmed that season 12 will have a more serialized storytelling and that many of the show’s past villains might be back, including Mr. Scratch. As far as introducing new BAU team members, the have been no details yet from the creative team.

UPDATED December 22, 2015: CBS’s longest-running police procedural show is currently taking a Christmas break after the last episode this year was shown on December 9th. The continuation of season 11 will begin on CBS January 13, 2016. The future of the next season is still up in the air. The ratings are slightly down, but the show has a solid fan following, so most likely there will be another run.

UPDATED May 7, 2016: The veteran police procedural Criminal Minds has finally been renewed for a twelfth season after lengthy deliberations. It is rumored that financial reasons were behind the holdup, since it is a financially burdensome production at this point in its long life. It could not have effectively been a reason like low ratings or poor reviews – because neither of these are true. The #2 series on CBS`s slate Criminal Minds season 11 ended on a very strong note ratings-wise, with a 1.8 rating in the 18-49 demo and an audience of 9 million same-day viewers. Besides its domestic success, the series is very popular internationally, and is a rare instance of a procedural that`s highly rated on streaming platforms. Sign up for our automatic updates and don`t miss the premiere date announcement for season 12 of Criminal Minds.

UPDATED June 22, 2016: Season 12 of CBS` longest-running procedural Criminal Minds is coming back on September 28, 2016 at 9pm, with one of the top lead-ins available. The season premiere will be preceded by Survivor, a stellar ratings hit. The last season of the show was as strong as ever in the ratings department, but the renewal of Criminal Minds apparently required some serious deliberation due to the financial burden of the show`s production. However, to the delight of the many fans it was renewed and will soon continue to entertain the viewers. Sign up for our automatic updates and receive an e-mail reminder of the premiere date for Criminal Minds season 12 one day in advance.