This article has the most up-to-date info on the status of Mob Wives season 7 as we continuously monitor the news to keep you in the know. Unfortunately, VH1 has officially canceled the series. There will be no season 7. 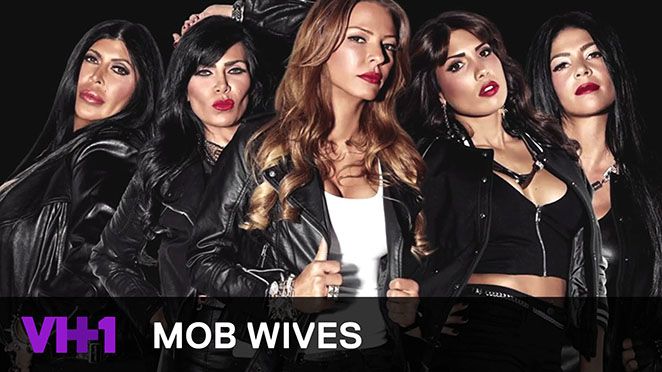 Mob Wives is an American reality series broadcast on VH1 since April 17, 2011. It is created by Jennifer Graziano, the sister of a cast member and produced by Electus, The Weinstein Company, Left/Right Productions and Just Jenn Productions. The sixth season, titled Mob Wives: The Last Stand premiered on January 13, 2016. The series spawned three spinoffs that went on the air, and two more that went through the casting stage, but were never greenlit.

Lives of Staten Island women whose husbands or significant others are imprisoned for mob-related activities are at the center of the plot. At the height of the reality series craze, when this show debuted, and up until this day Mob Wives certainly offers a curious hardcore twist on the squabbling Housewives franchise. The women deal with all of the usual more or less relatable issues – and more.

A mere 4.7/10 IMDb rating is indicative of the mixed reviews given to Mob Wives by both critics and viewers. Many consider the series entertaining enough, even if not particularly high-quality television, others find it trashy, complain that it stereotypes Italians and glorifies the mob lifestyle. The is true to an extent, but the glorification of the various pointless and meaningless activities that is done by many other reality series is by no means better. It has already been announced that the sixth season will be the final one for the series, and Jennifer Graziano has hinted that this will be Mob Wives` best season yet, complete with reconciliations and love, as it bows out with as much grace as it can.