The release date for Texas Flip and Move season 5 — Pending

This article has the most up-to-date info on the status of Texas Flip and Move season 5 as we continuously monitor the news to keep you in the know. DIY is yet to make a decision on its future. Subscribe to our automatic updates below. 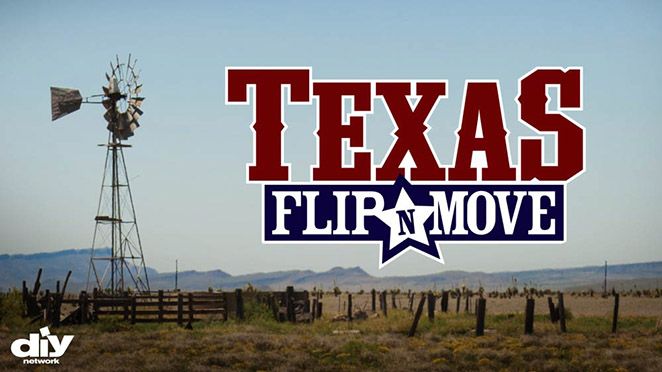 Texas Flip`N`Move is an American reality series airing on DIY since November 11, 2014. It is produced by Quail Television and executive produced by Greg Quail and Joel Rizor. Its current fourth season debuted on July 15, 2016.

The series features three teams of Texas entrepreneurs contending in a house flipping competition. There is a great number of renovation, restoration and remodeling series on television, but Texas Flip`N`Move is really something else. The three teams portrayed on the show are in the business of buying dilapidated houses, moving them off the original property on a flatbed truck to their own plot of land where the major restoration subsequently takes place. Some of the houses are bought for as low as several hundred dollars, and after the renovation the house is auctioned off for a figure that is far greater than the purchase price.

The series has been positively received by the audience. Many of the viewers enjoy the realistic characters – all of the people portrayed were in the same exact business before the show was launched, and their fantastic personalities were, in fact, the reason why Ft.Worth was chosen as the filming location. Another reason the show is a winner is the price of these renovations, and it`s certainly refreshing to see remodeling done at prices comparable to those in the real world where most of the audience lives. Of course, there`s certain charm in the dream lifestyle shows, but it`s interesting to see something that can be done on a budget as well. The series is a sure candidate for renewal, but there`s been no word from the network yet, so please stay tuned for relevant news.

Subscribe to receive news and updates when a show is renewed or canceled. You will receive an automatic email when theTexas Flip and Move season 5 Episode 1 release date is officially announced.

Share this with friends:
ReleaseDate.show » Release » DIY is yet to renew Texas Flip and Move for season 5
Related Serial
When Will