The release date for In an Instant season 3 — Pending

This article has the most up-to-date info on the status of In an Instant season 3 as we continuously monitor the news to keep you in the know. ABC is yet to make a decision on its future. Subscribe to our automatic updates below. 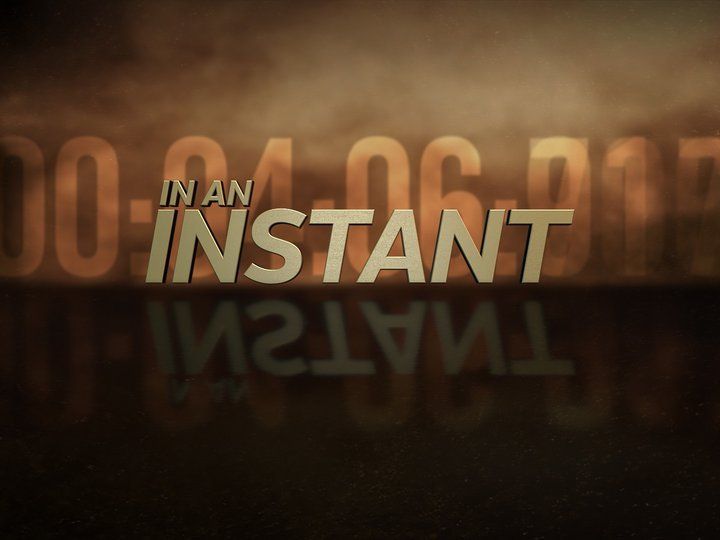 In an Instant is a US documentary television series airing on ABC since 2015. The current second series contains 6 episodes has premiered on June 18, 2016. It is executive produced by Maria Awes and Andy Awes, and hails from Committee Films and Lincoln Square Productions.

Each episode follows one single life-changing event in the life of a person, as they come back to relive the moment and reconcile with what has happened. The dramatic events that are chronicled are of a tragic nature and are retold using reenactments and interviews with those whose experience is at the center of the story.

The 5.8/10 IMDb score indicates average reviews, and many criticize the program for being incredibly drawn out and repetitive. The accounts of the will to survive and of life`s fragility are breathtaking and inspiring. The current season includes stories of a marathoner`s 60 foot fall fall in the desert, a man taking hostages in the maternity ward, tornado survival, being buried alive and other feats, where the people in the center survived against the odds. The docu-drama viewership ratings slid from 4.39 million viewers for the series premiere to 2.89 million for the season finale, while the second season is drawing a similarly-sized audience, hovering above 3 million viewers per episode. ABC has not made any announcements regarding a possible third season of In an Instant, but considering its popularity, the program may very well be renewed. Stay tuned for relevant news.

The 6-part second season of ABC`s dramatic docu-series In an Instant has wrapped up on July 23, 2016. The final episode featured the story of college students` survival under log stacks have collapsed, practically burying them at what was supposed to be the site of a huge bonfire at the University of Texas at Austin. The rescue operation that ensued was undertaken by firefighters as well as volunteers and fellow students. Sadly enough, 12 people were killed, while 27 others survived the ordeal. The compelling program finale attracted 2.98 million viewers, and scored a share of 3 and a 0.6 rating in the 18-49 adult demographic. The show has continued to deliver solid ratings for ABC in its second season, and while no announcements have yet been made regarding a third installment, it would seem like a rational decision for the network. Stay tuned for the latest info.

Subscribe to receive news and updates when a show is renewed or canceled. You will receive an automatic email when theIn an Instant season 3 Episode 1 release date is officially announced.

Share this with friends:
ReleaseDate.show » Release » ABC is yet to renew In an Instant for season 3
Related Serial
When Will

Discovery Life is yet to renew Shock Trauma: Edge of Life for season 2

AHC is yet to renew Against the Odds for season 3