This article has the most up-to-date info on the status of Alaskan Bush People season 5 as we continuously monitor the news to keep you in the know. Discovery Channel is yet to make a decision on its future. Subscribe to our automatic updates below. 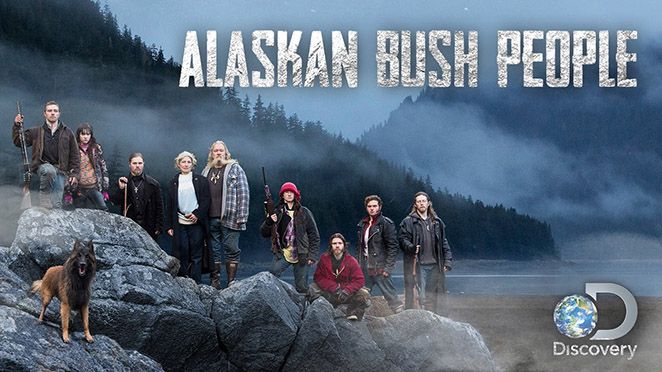 Alaskan Bush People is an American reality television series produced by Park Slope Productions and airing on the Discovery Channel since April 6, 2014. The current fourth season has been on the air since May 6, 2016.

The series follow a family of nine – the parents Billy and Ami Brown, and their seven grown children - trying to continue with their simple close-to-nature lifestyle after being forced out of their cabin. They move around Alaska, call themselves a “wolf pack” and claim to be living in such secluded spots that sometimes they might spend 6 to 9 months per year without seeing an outsider. The family fishes, hunts, traps animals and trades the goods they obtain through their labor for the services that they need – from dental work to lumber. They have been in legal trouble of various sorts, but that`s nowhere near enough to break their freedom-loving spirit. The suspicions of the Alaskan Bush People being fake do exist, but it seems that the family is real and their authentic lifestyle truthfully portrayed.

The current season of Alaskan Bush People portrays the Brown family`s ongoing legal and health issues, beginning with the return of the Brown patriarch from medical treatment. The season launches while Billy and Josh Brown are serving their 30-day sentences for unsworn falsification, so there might be an inside glimpse of their experience in prison.

Alaskan Bush People is a hit for the Discovery Channel, and a ratings chart topper. In fact, during its last completed series ranked number one on Thanksgiving eve, with 3.629 million total viewers and a 1.0 rating in the coveted 18-49 demographic. The current fourth season is averaging close to 3 million viewers. Considering these numbers and the excellent reviews there`s hardly any doubt that the Brown Family will come back to television yet again, providing a gulp of fresh air to those of us stuck in front of TV screens and dreaming of a different life.

On July 15, 2016 the fourth season of Discovery`s hit Alaskan Bush People has wrapped up. The show continued to be a hit for the network, with the season finale topping the evening`s chart at 2.726 million viewers and a 0.59 demo rating. However, when compared to previous installments, it took a serious ratings dip and might not be able to recover. There have been serious accusations of fraud over the course of the last season, which might have affected the viewership, and it also may be that the audience is coming to the end of its fascination with Alaskan reality programming. There can indeed be too much of a good thing, and with the slew of Alaska-related series broadcast in the recent years, the audience may be simply getting fed up. The episode, titled Back to Brownton, the family is back in town in anticipation of reuniting with a certain family member. The show has not been renewed for a fifth season yet, so stay tuned for announcements.

Subscribe to receive news and updates when a show is renewed or canceled. You will receive an automatic email when theAlaskan Bush People season 5 Episode 1 release date is officially announced.

Share this with friends:
ReleaseDate.show » Release » Discovery Channel is yet to renew Alaskan Bush People for season 5
Related Serial
When Will