This article has the most up-to-date info on the status of Gold Medal Families season 2 as we continuously monitor the news to keep you in the know. Lifetime is yet to make a decision on its future. Subscribe to our automatic updates below. 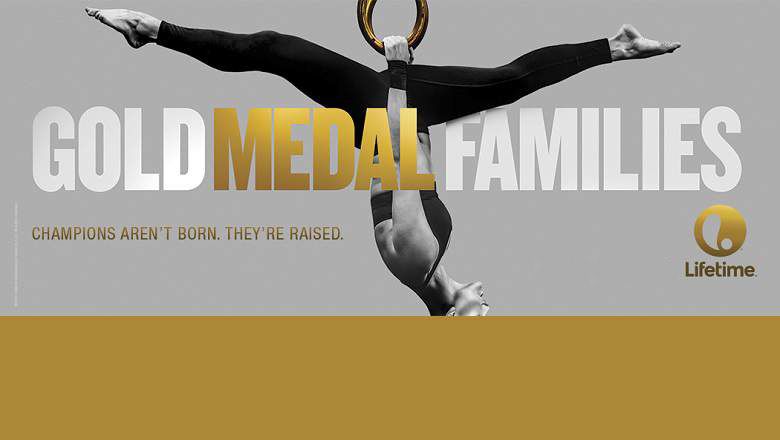 On June 28, 2016 the first season of Gold Medal Families docu-series was released on Lifetime. The first season contains eight one-hour episodes that air in pairs, back-to-back. The program is produced by The Company and executive produced by Charlie Ebersol, Mike Lanigan, Bryn Freedman, Mary Donahue and David Hillman. The host of the series is himself a Olympic medalist, short track speed skater Apolo Anton Ohno.

With the Rio Olympics about to kick off in a month, the series takes a close look at the lives of 6 Olympic hopefuls and their families who are making great sacrifices in order for their dreams to come true. Gold Medal Families features the stories of six extraordinary athletes and those close to them. Diver Steele Johnson, boxer Jajaira Gonzales, diver Jordan Windle, rhythmic gymnast Nastasya Generalova, swimmer Sean Greishop and 2012 gold medalist gymnast Aly Raisman are in the spotlight of this Lifetime documentary that showcases their incredibly hard work.

The show is drawing an audience between 0.2 and 0.25 million viewers, and airs with a 0.1 rating in the 18-49 demographic. Gold Medal Families is an inspiring series which portrays strong family bonds, supportive relatives who are willing to put all they`ve got into the future success of their talented children. The psychological, physical and financial hardships that the families go through are rather serious, and now the audience may appreciate what it takes to make it to the top. It`s difficult to say whether there is potential for a second season of the show, since this is clearly Olympics-related programming, and the next Olympic Games will only take place four years from now.

Subscribe to receive news and updates when a show is renewed or canceled. You will receive an automatic email when theGold Medal Families season 2 Episode 1 release date is officially announced.

Share this with friends:
ReleaseDate.show » Release » Lifetime is yet to renew Gold Medal Families for season 2
Related Serial
When Will

Nine Network is yet to renew The Briefcase for series 2

The release date for The Briefcase series 2 — PendingThis article has the most up-to-date info on the status of The Briefcase Series 2 as we continuously monitor the news to keep you in the know. Nine Network is yet to make a decision on its…

Lifetime is yet to renew Preachers&rsquo; Daughters for season 4